The Hubby and I recently spent 10 days hiking in Bhutan, a landlocked nation north of India and south of Tibet. Bhutan is a little smaller than Switzerland, but where the latter has a population of about 8 million people, Bhutan's is only about 700,000.

Bhutan boasts magnificent landscapes and breathtaking temples. It people are small, slender, and friendly. Most understand and speak English--at least a bit--although they're shy about it, which I found charming.

Whenever I travel, I collect photos of things that are blue. Here are a few of my favorite Bhutanese blues: 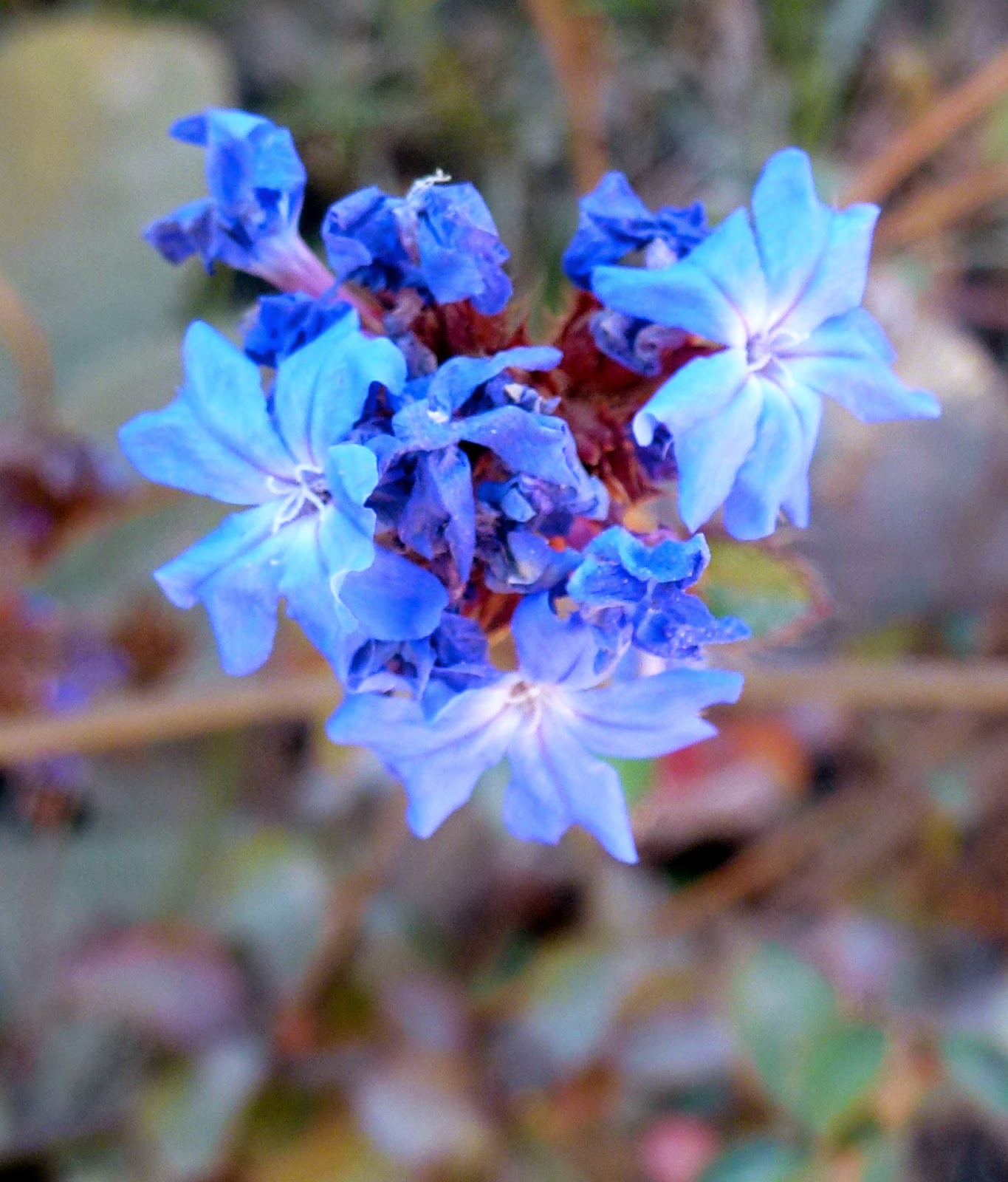 Prayer flags are everywhere--strung in trees, across canyons and rivers, draped along streets, etc.: 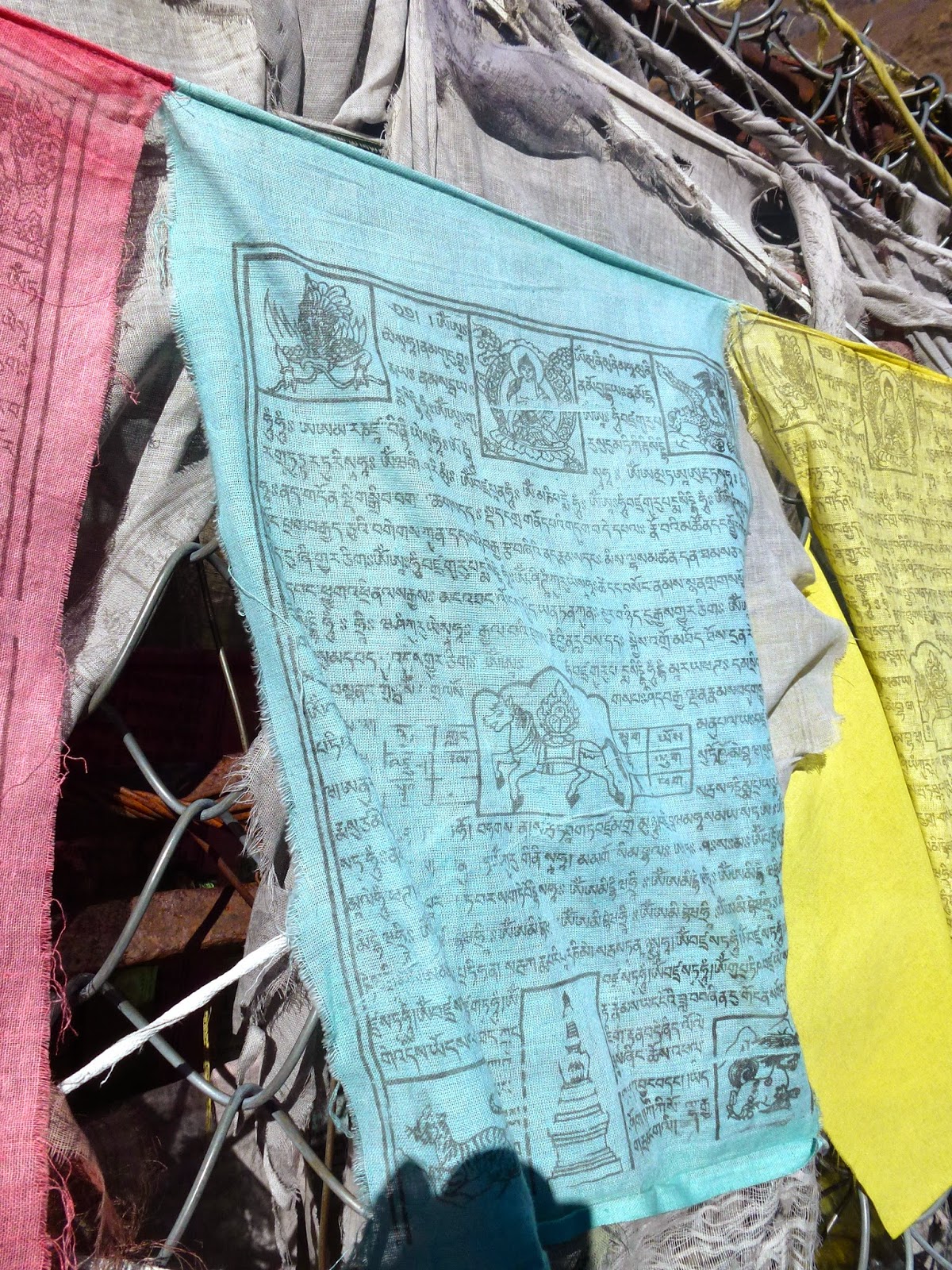 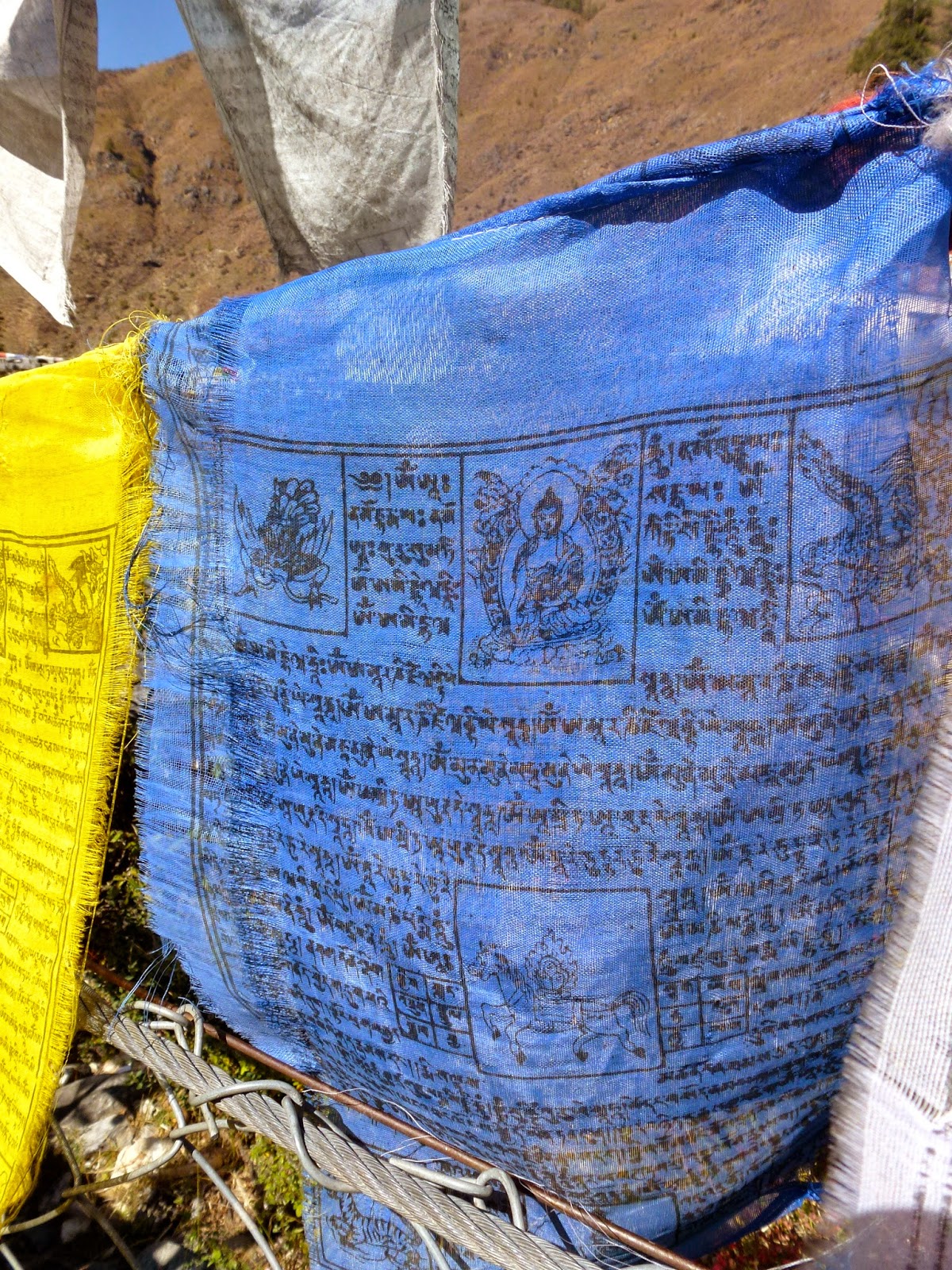 The president of India was coming for an official visit. To welcome him, the Bhutanese hung banners, and decorated bridges and arches with beautiful fabrics: 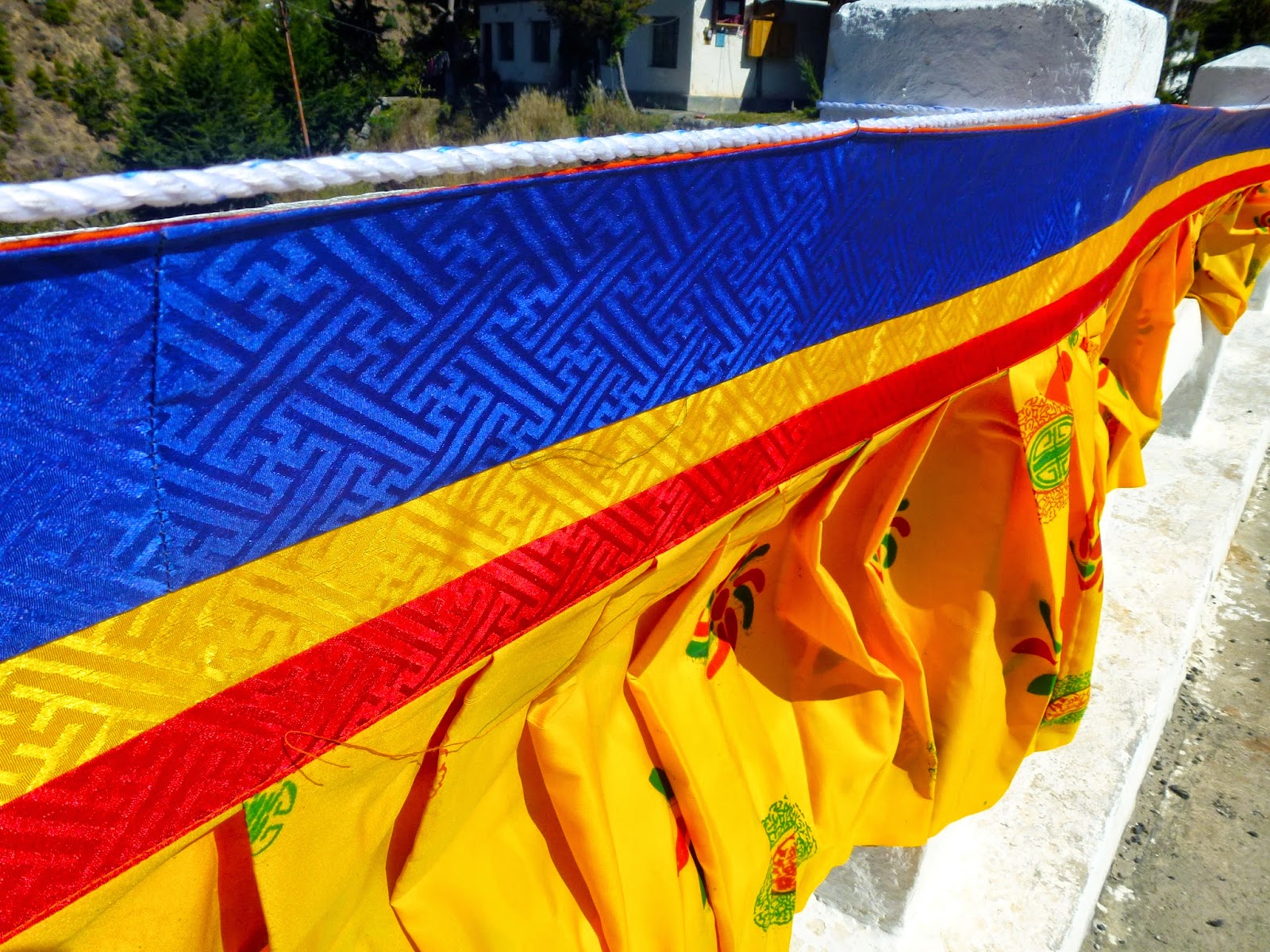 Aa conflux of two major rivers is considered attractive to demons. To me, it just looked attractive: 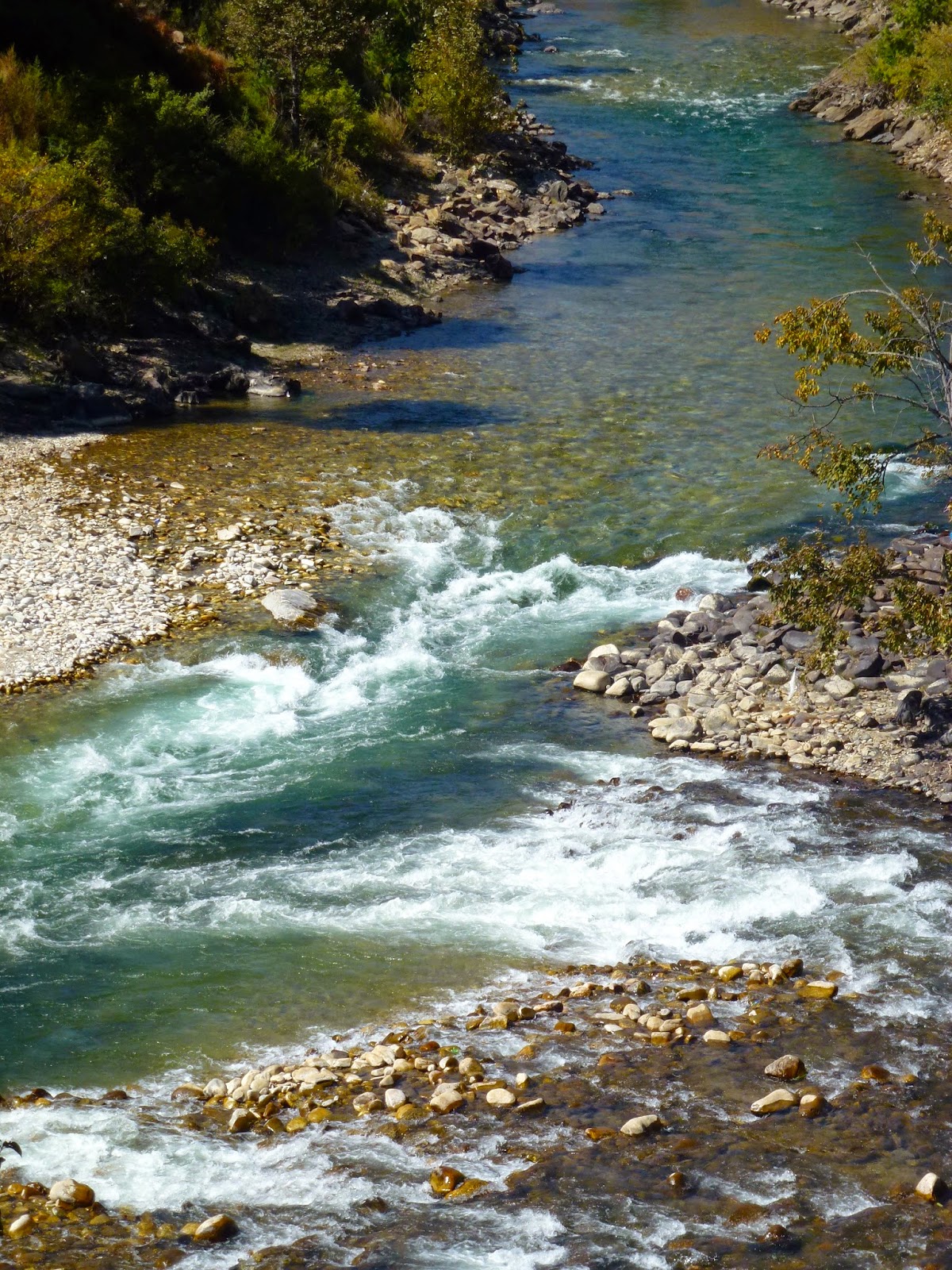 Typical shop windows, on a main street in Thimpu, the capitol: 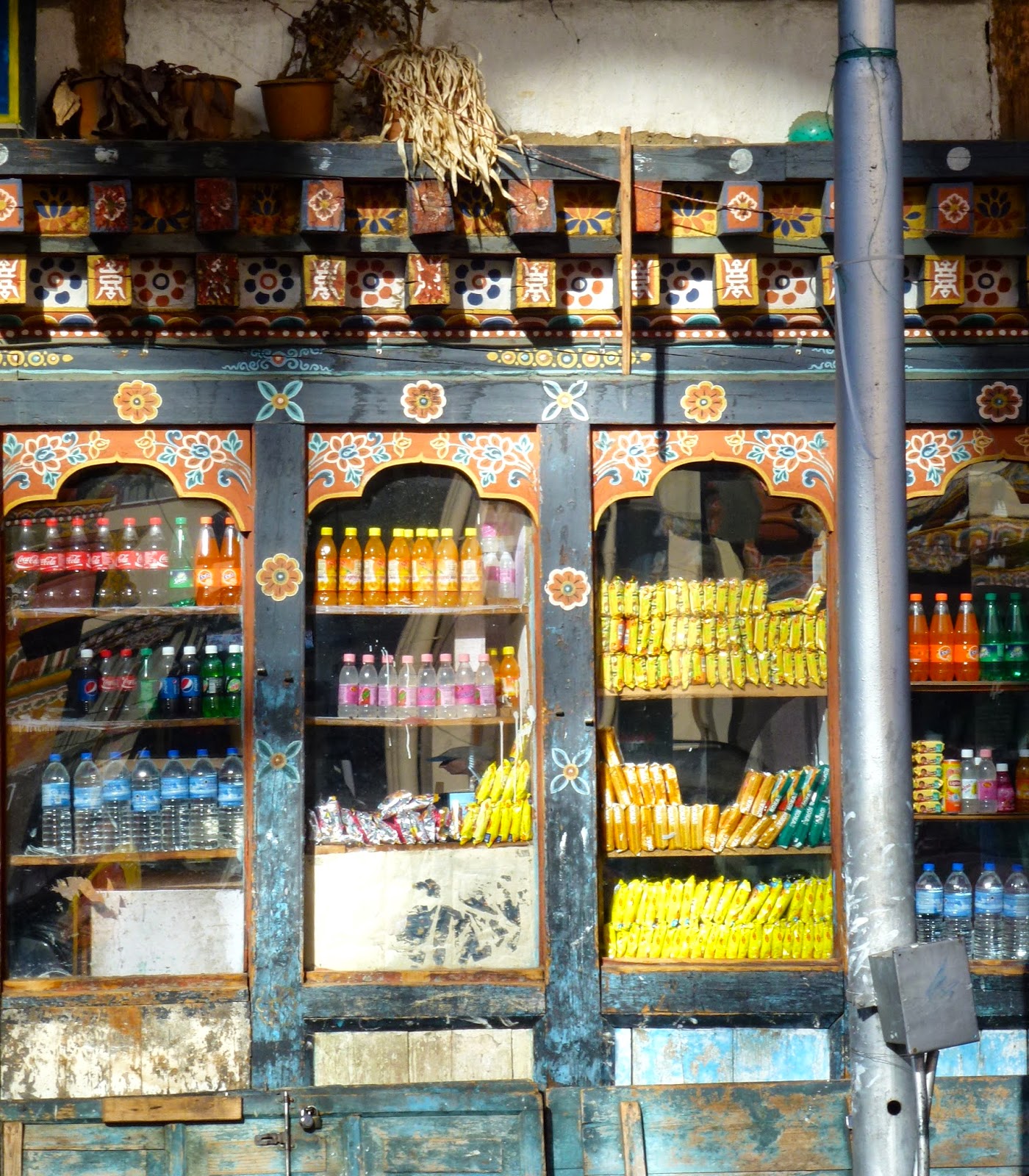 Prayer banners strung up in a tent shape: 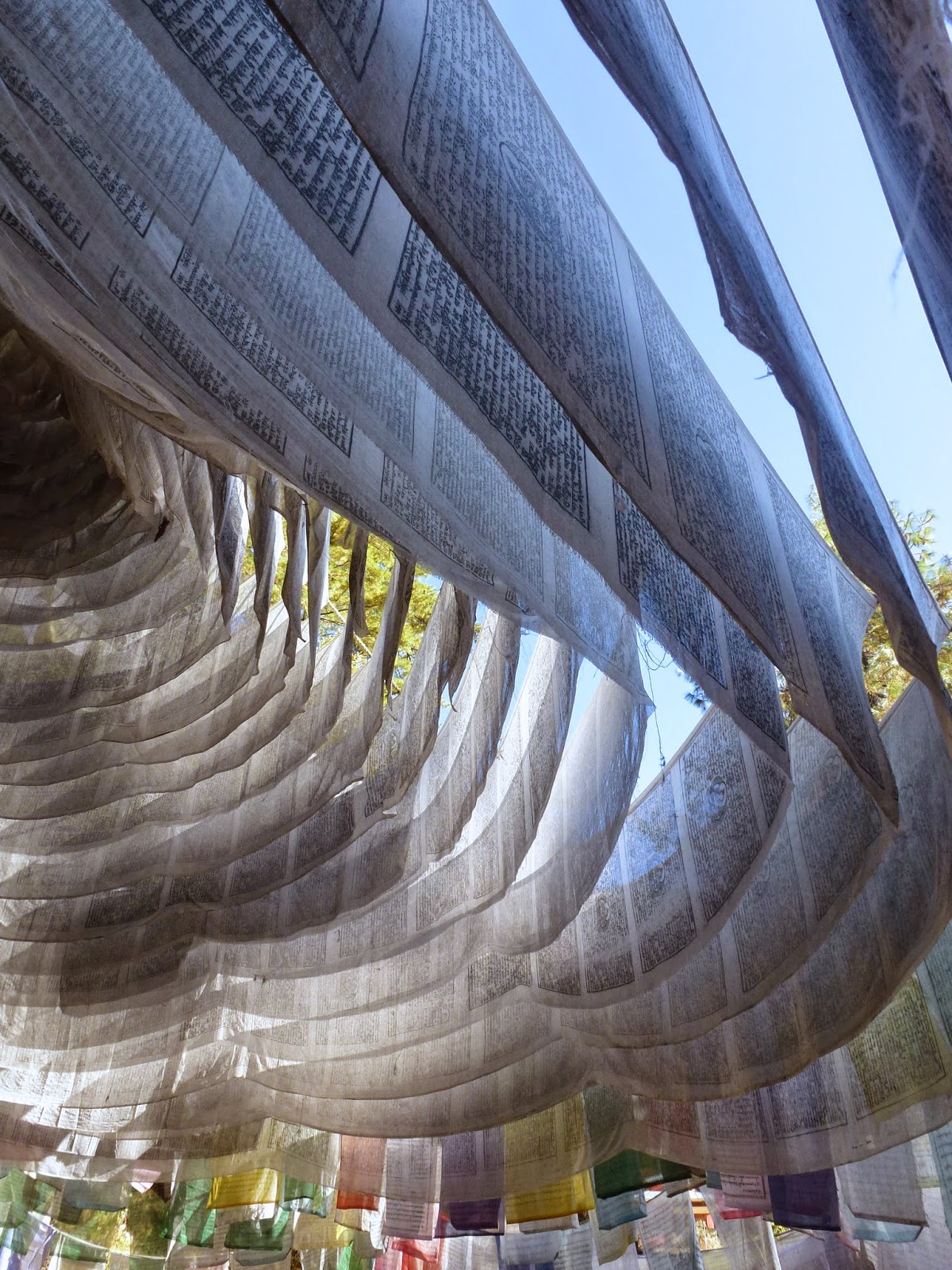 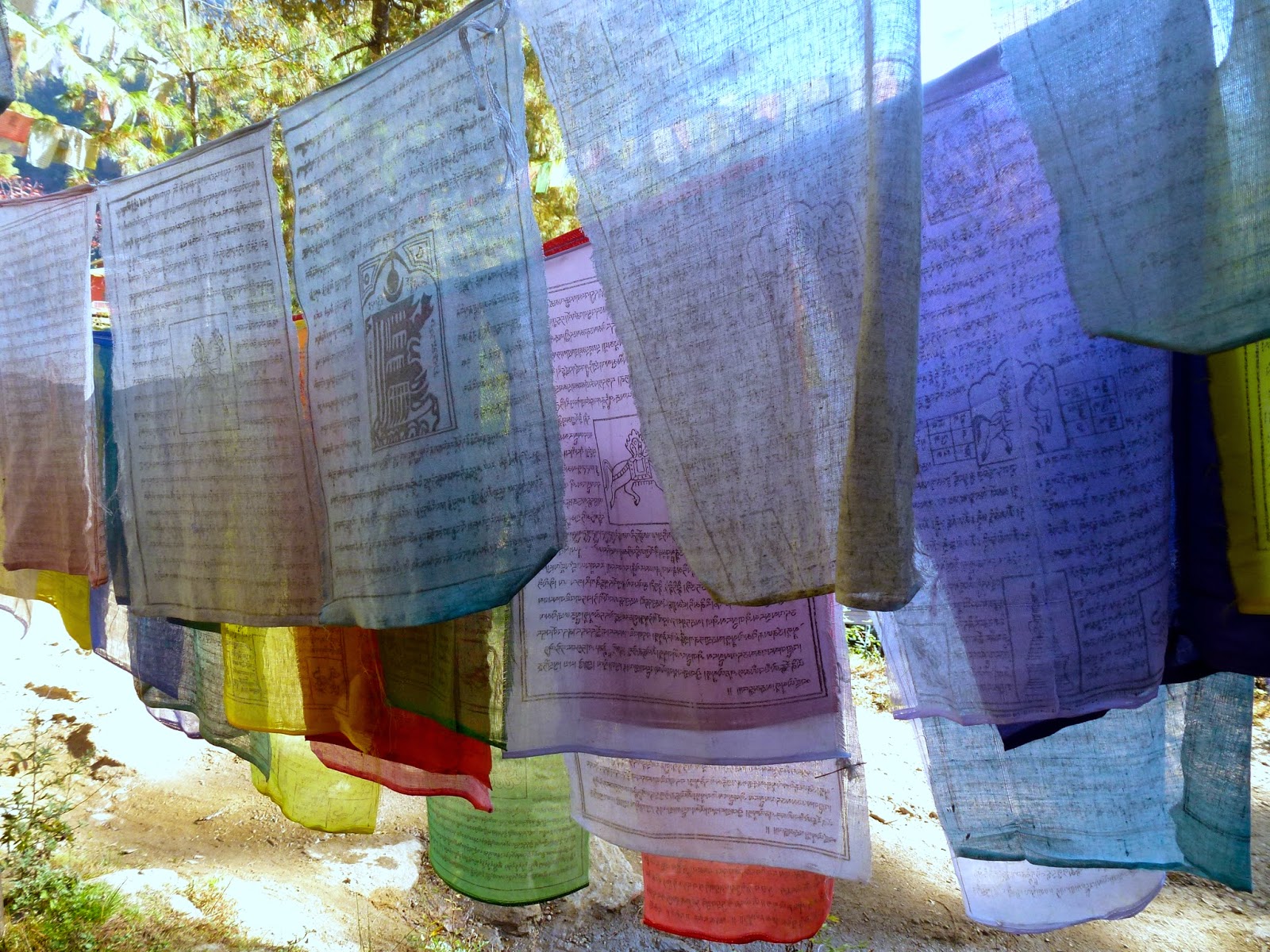 The mouldering wall of a building that housed a giant, water-driven prayer wheel: 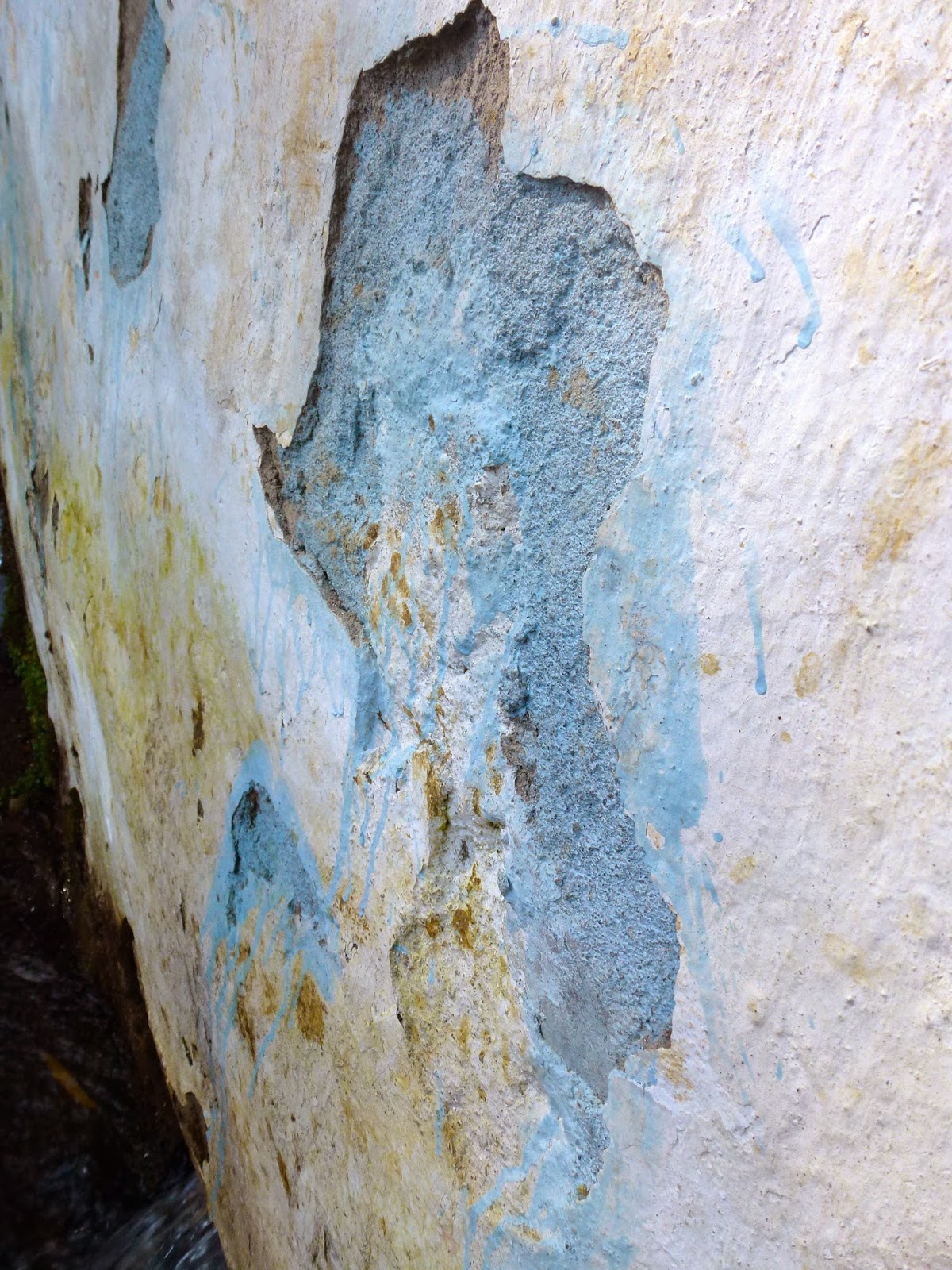 Small prayer wheels set in alcoves of monasteries and other holy places invite passersby to spin them as they walk by--always in a clockwise fashion, according to custom: 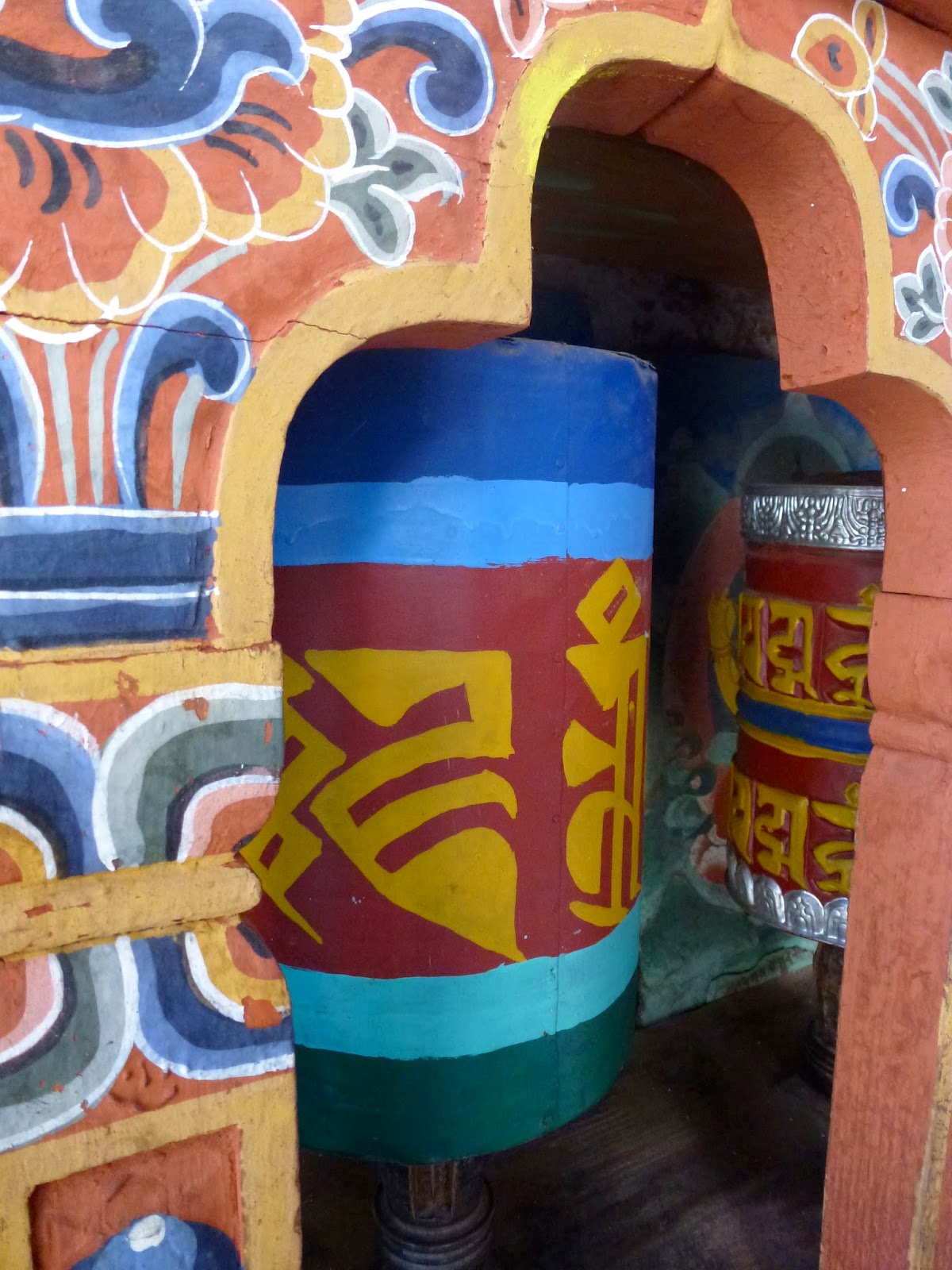 Empty butter lamps in a special glass case at a monastery. Some of Bhutan's monasteries date back to the 1600s, and most are made of wood, making them vulnerable to fire. To reduce the fire threat, many monasteries don't allow butter lamps to be lit inside at their altars, but instead provide glass-enclosed cases in the monastery's courtyards, where the faithful can light their lamps: 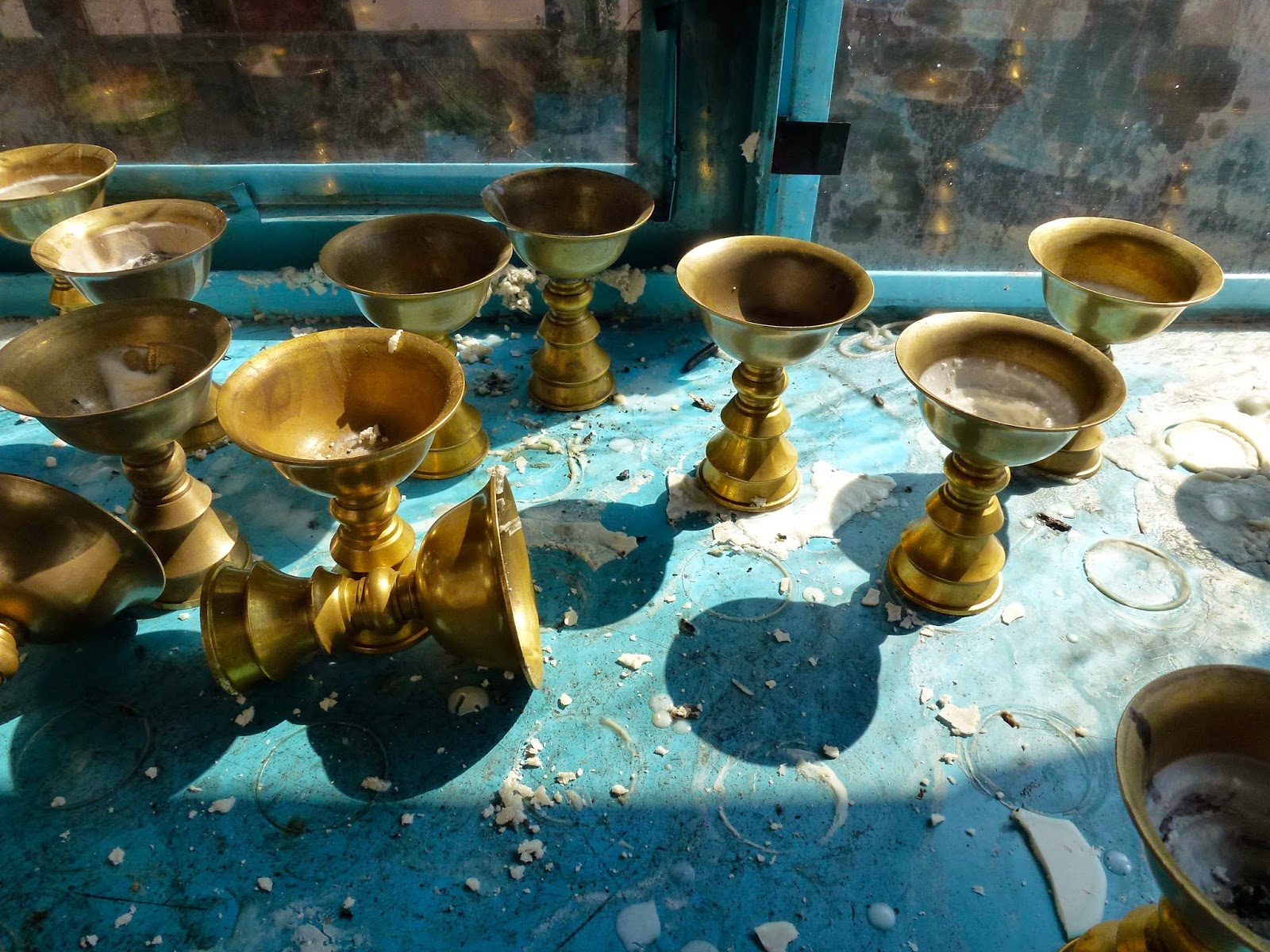 Tarps and sand, spread out in a monastery courtyard, will be turned into a sand painting soon: 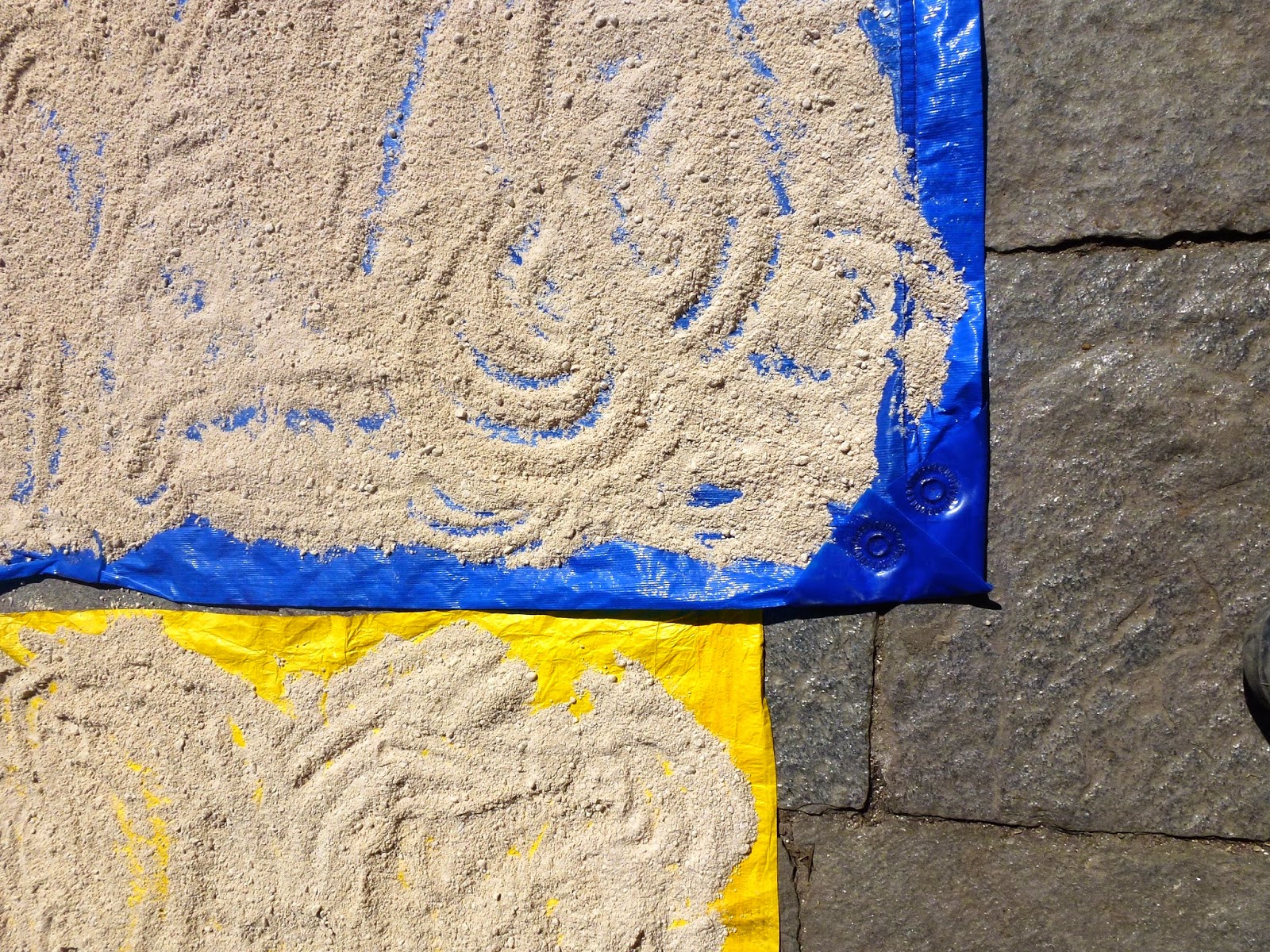 The front entrance of the National Library, at Thimpu: 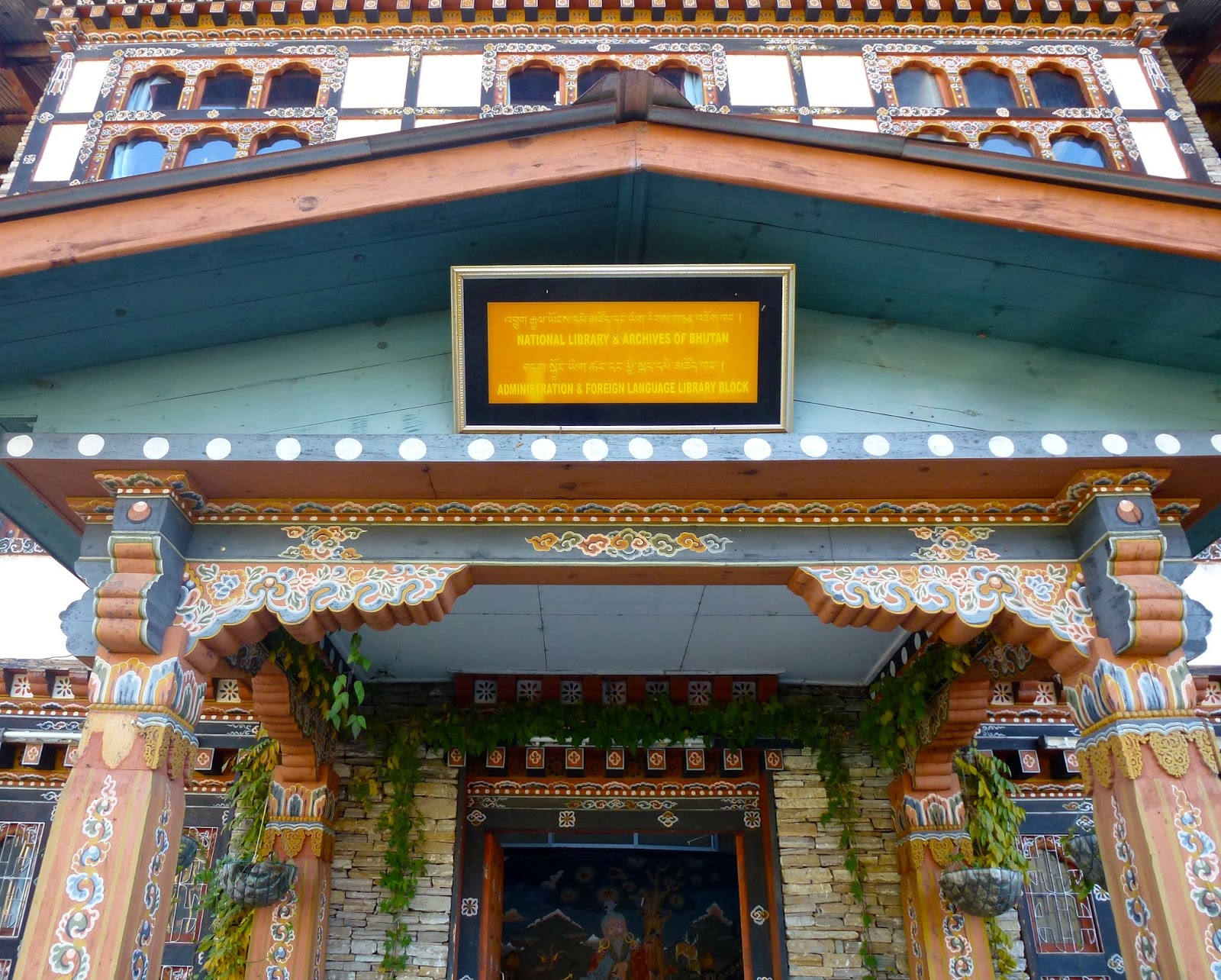 A painted display cabinet in the National Library: 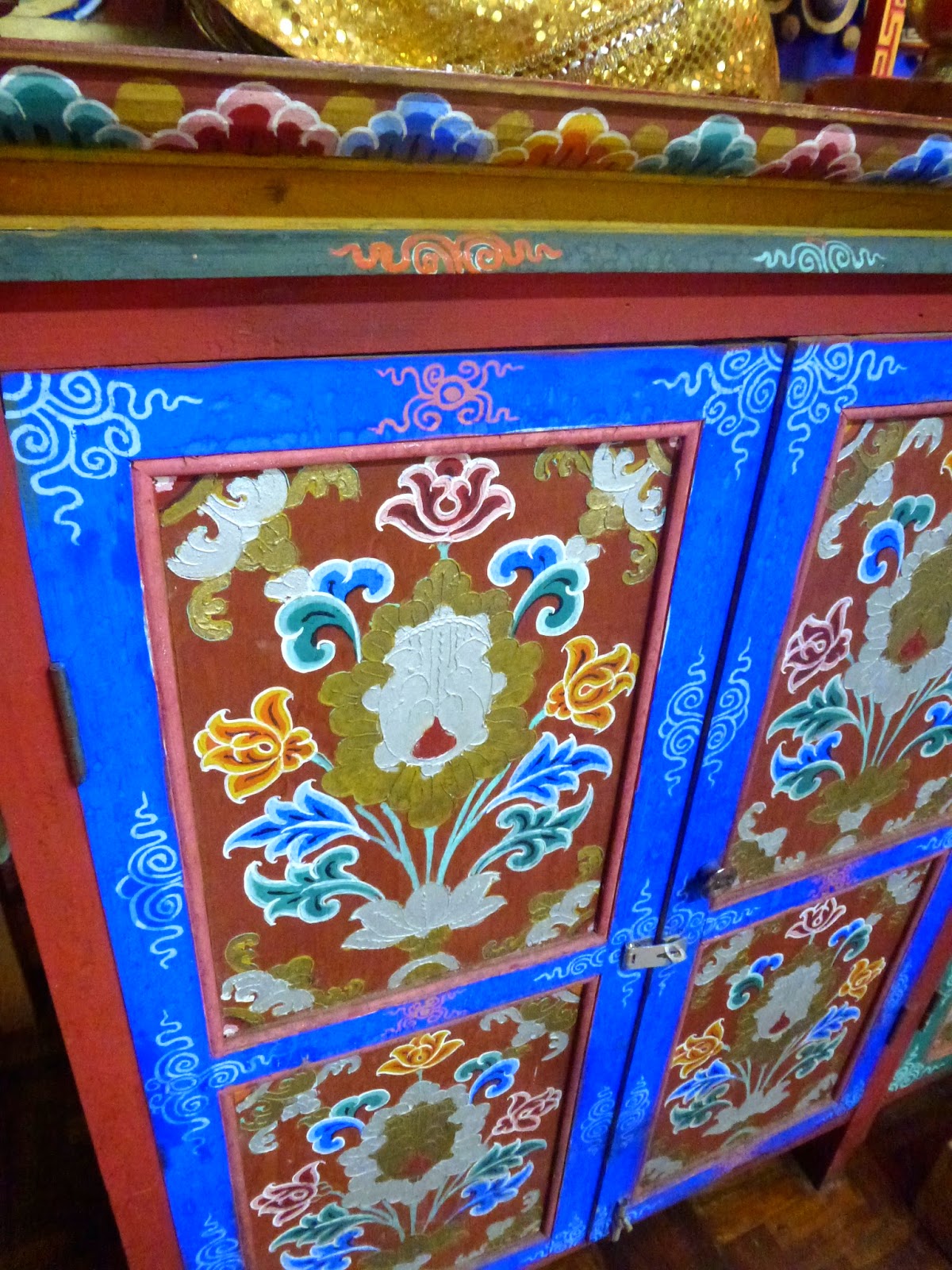 Detail of an embroidered textile at the National Museum of Textiles, Thimpu: 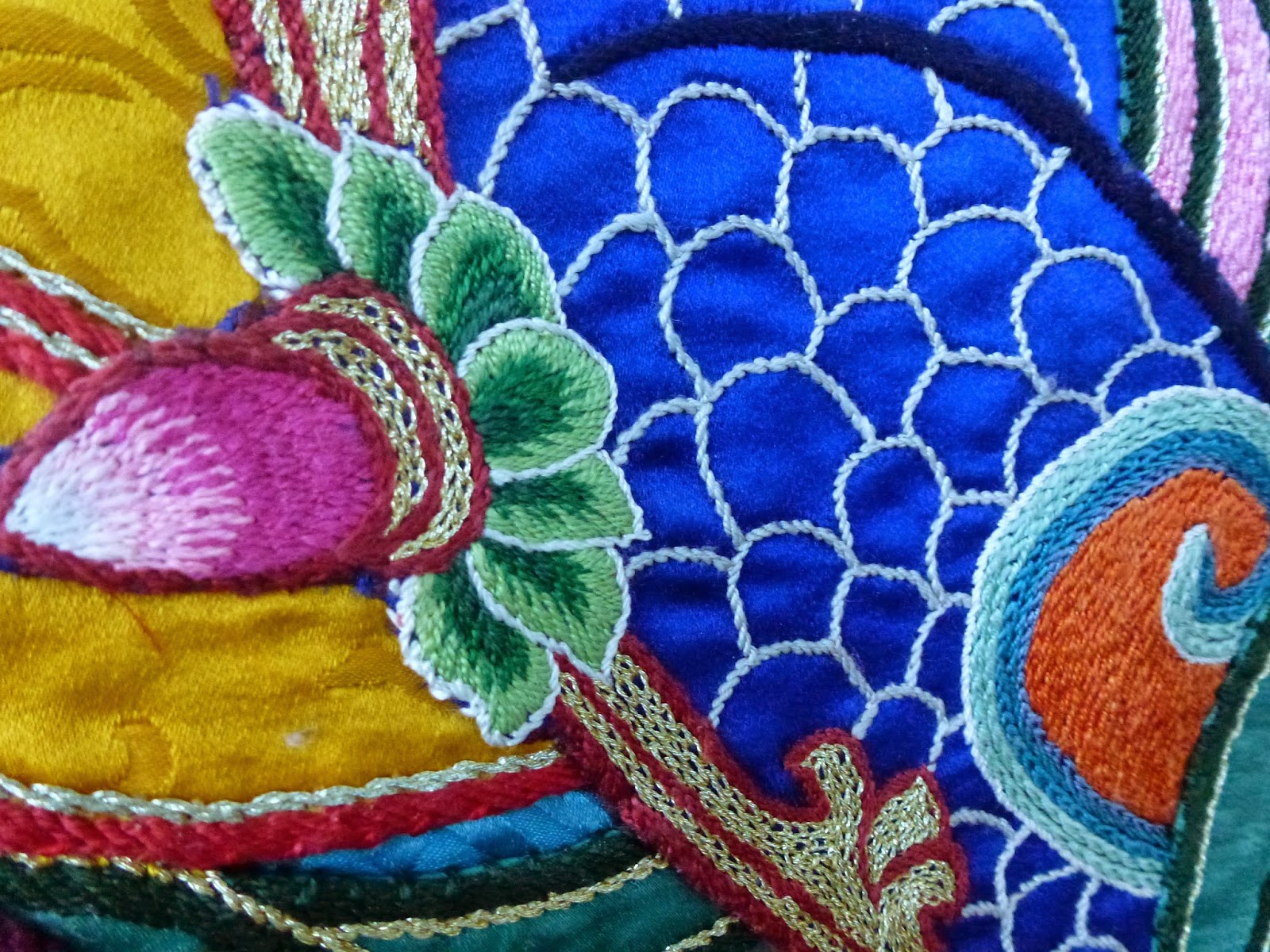 Children on their way home from school: 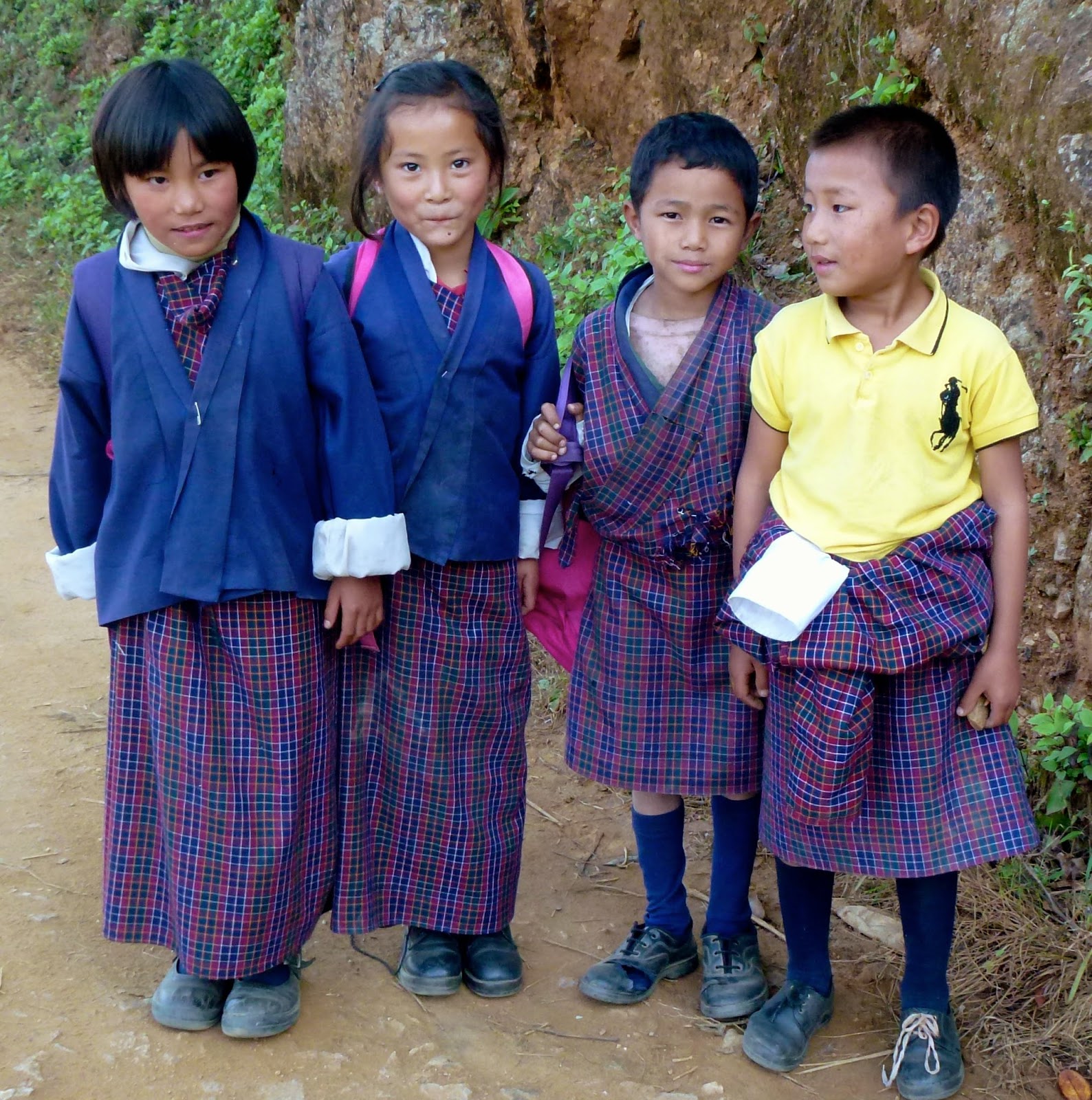