It's almost September, and our little vegetable garden is still pumping out standard and cherry tomatoes and a few last bell peppers: 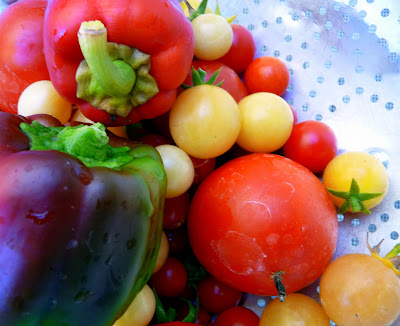 These two peppers represent about 1/3 of our total pepper crop. The two plants we put in were sort of a bust.

But aside from the peppers being almost-no-shows, this has been a fun--and tasty!--enterprise. Next year, The Hubby and I are definitely going to plant more "Super Sweet 100" cherry tomatoes. They are small but pack a mighty punch of flavor.

We'll add in more heirloom varieties of tomatoes, too. Have to keep that yummy biodiversity going! 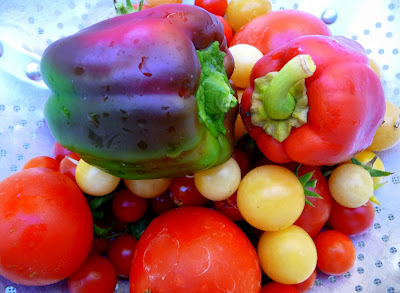 The pale yellow cherry tomatoes? Meh. Not so much. But they make a nice contrast in the photographs.