Yup, I know it's November 2, Election Day. But still, I have a few Halloween highlights I wanted to share.

And I stumbled on one super-simple tip you'll want to remember for next Halloween!

First of all, I finally finished the "Sally" costume, which caused me conniptions because I'm no seamstress. This was Lovely Daughter #2's inspiration: 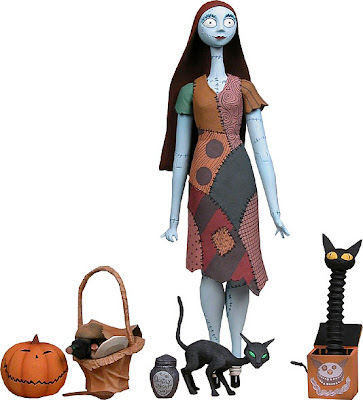 And here is how her version turned out, after much sewing, swearing (only by me, not her!), seam-ripping, and re-sewing: 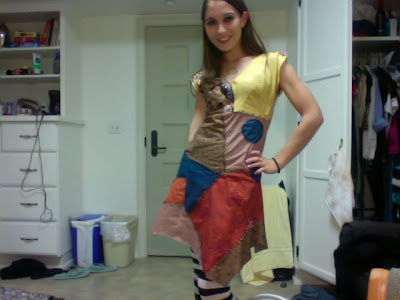 Cute, huh? (I love the messy-dorm-room backdrop; this is life as it's lived, college style!) Here's a closer look: 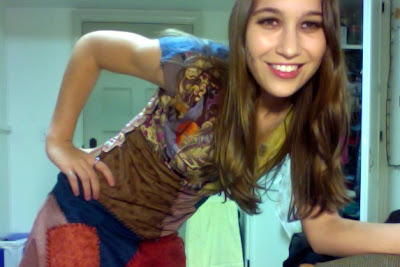 The original "Sally" has white tights with black stitches on them. LD#2 opted to go with black-and-white striped tights: 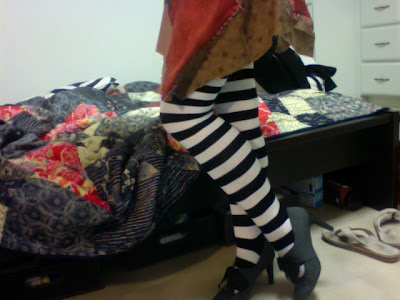 Speaking of beautiful, here's a closeup of her false eyelashes and "scars." It's a shame the picture is a little blurry, but look at the arch of that eybrow, and the lush lips, and the collarbones you could balance a coffee cup on!:

(Shades of her Grandma Sara, who modeled when she was young.)
Lovely Daughter #2 says this was her favorite costume thus far, and by all accounts, she had a great time at two campus parties:

Closer to home, The Boy and his cohorts decided to celebrate their high school's come-in-costume day by going as fast-food icons. His buds were The Hamburglar and Colonel Sanders. The Boy came as this guy: 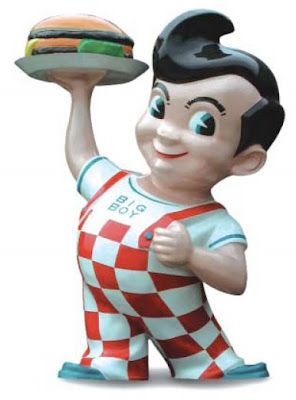 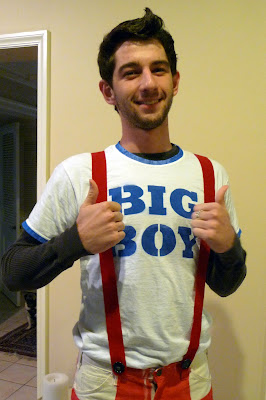 (The picture isn't very good, which is totally my fault. Well, maybe 90% my fault and 10% his because he gave me about one second to snap it before he headed out the door to school.)

On another Halloween note, did you know that many dogs find pumpkin irresistible? 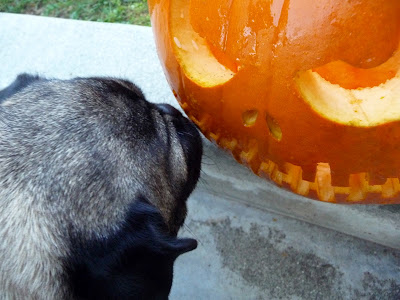 It was a riot watching the pugs try to figure out how they were going to fit an entire Jack-o-lantern into their mouths: 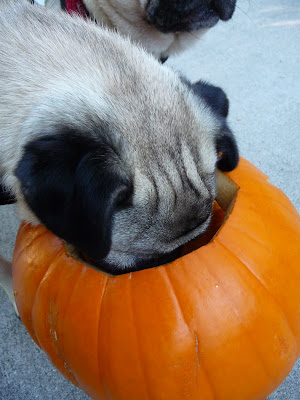 This is "Jack Skellington" (below), carved by The Boy: 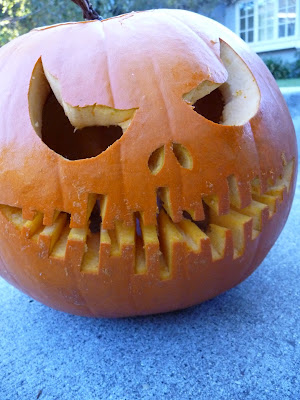 By the way, you know how the bottom inside a scooped-out pumpkin is often uneven and slippery? It's hard to get a candle to stay upright. Well, I came up with a terrific solution: Rice! Pour a little uncooked rice into each Jack-o-lantern, and it provides a dry, even surface for nestling a candle: 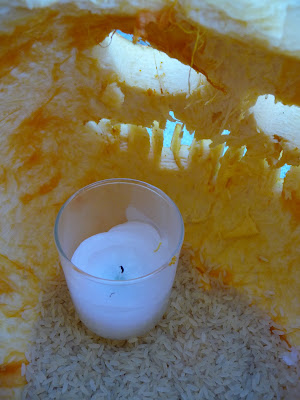 So, remember that for next year. 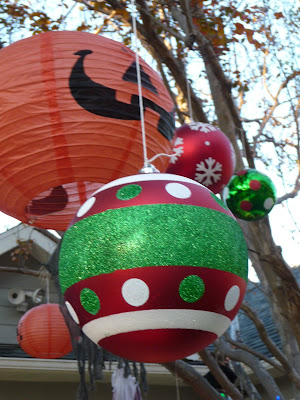 and piled Halloween-themed "Christmas gifts" around the base of the tree: 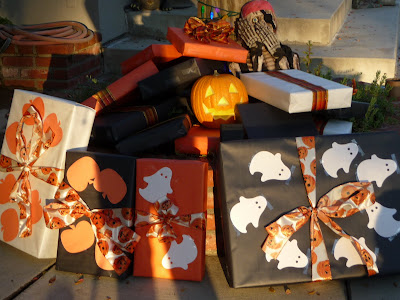 Adorable. And, if you already own the giant Christmas ornaments, not that hard to emulate. Want to try it next year? Go ahead: You don't even have to tell anybody where you got the idea!

Happy November 2, everyone. Let's hope our elected officials don't scare the daylights out of us.
Posted by Lauren at 10:07 AM