The Hubby and I were in San Diego for a few days, on business for him. We stayed in the Gaslamp District: 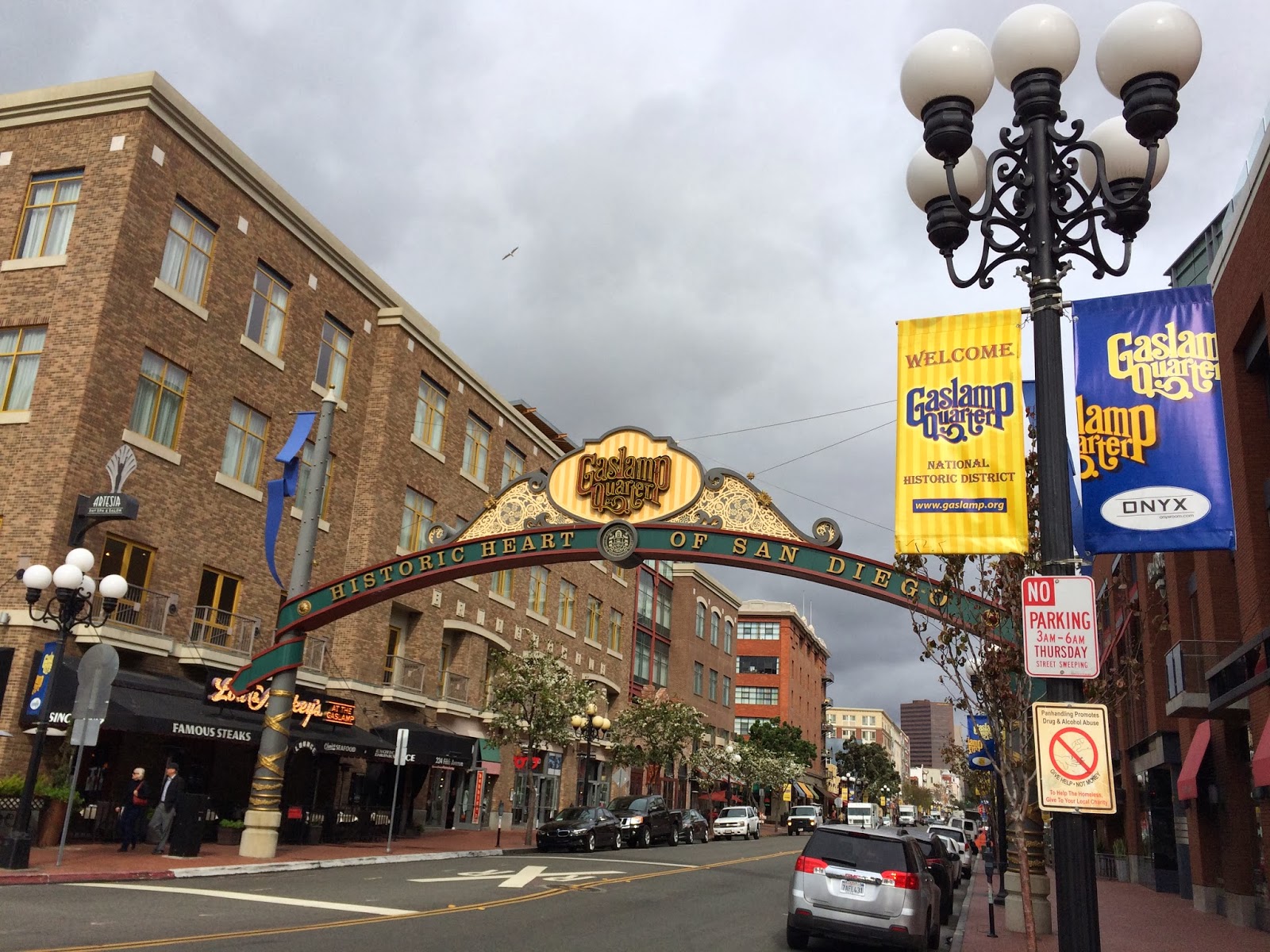 I hadn't been to San Diego since before The Boy was born, 21 years ago. What a treat, to see it as a grownup (before, it was all about the San Diego Zoo, and stuff that would entertain Lovely Daughters #1 and 2, who were then only 3 and 6).

Here are some of the blues I collected, from in and around the Gaslamp District. A kiosk advertisement: 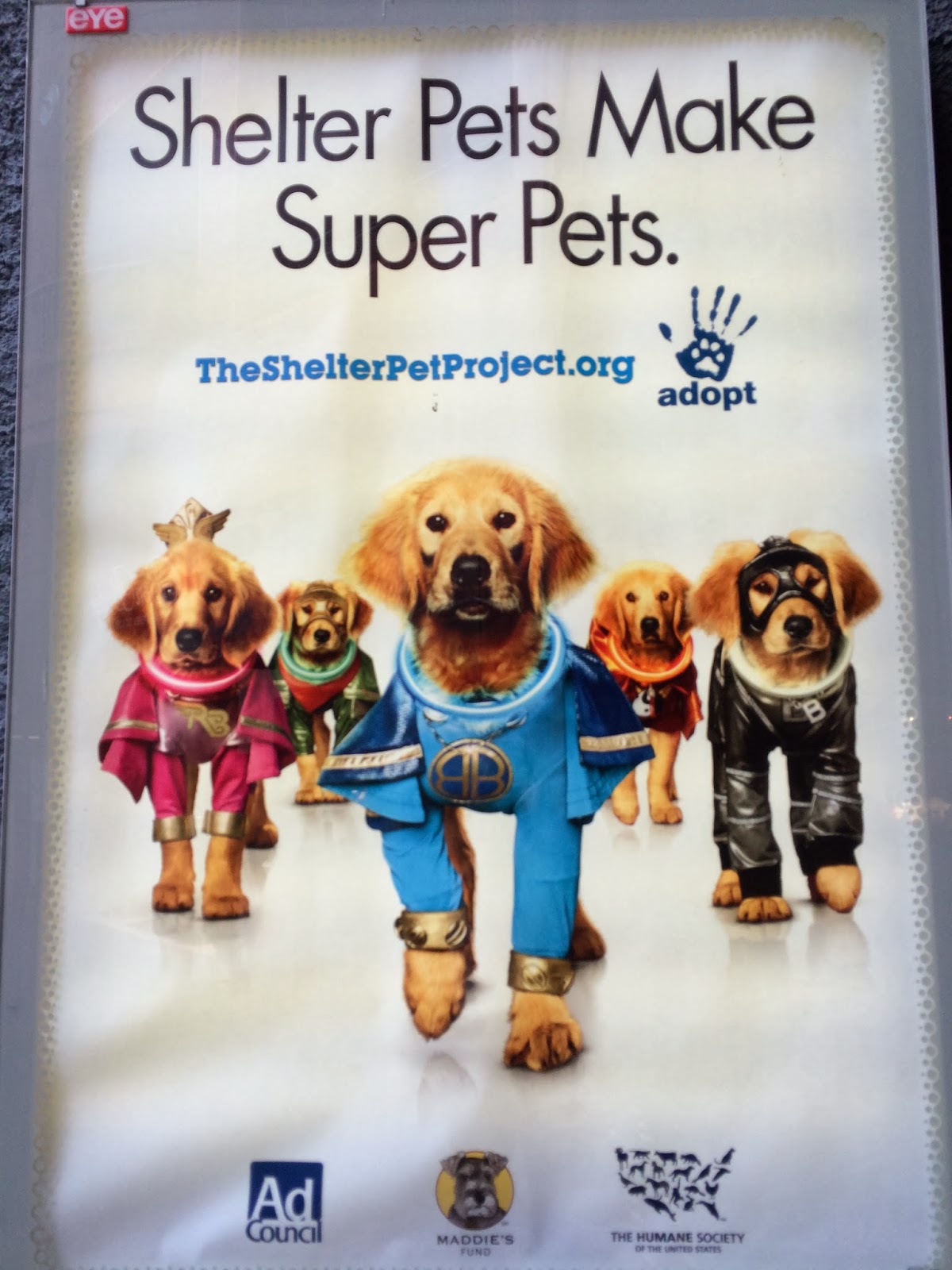 A bed at the local Nordstrom's (I also love the textured white bedspread): 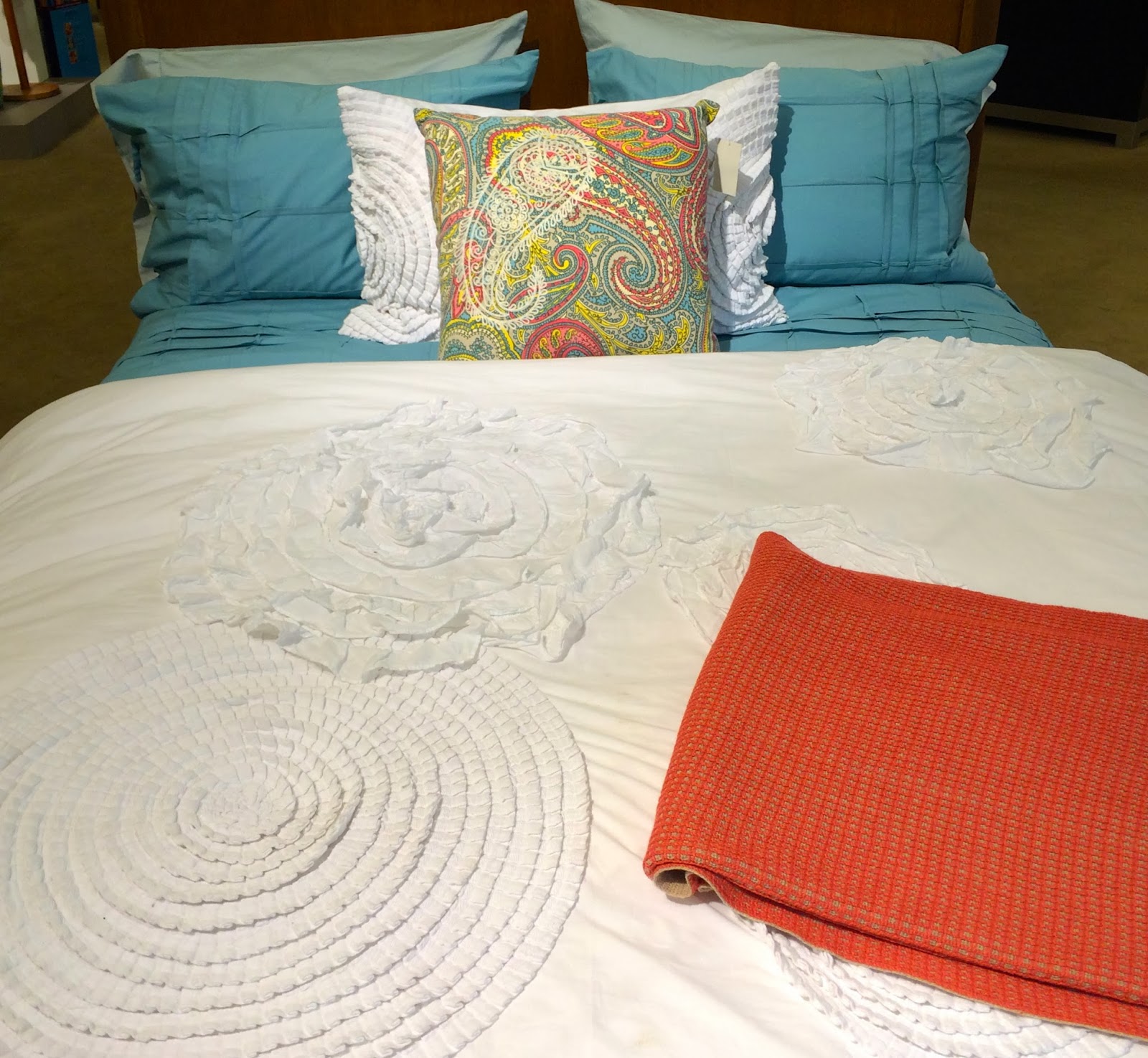 A cupcakery (and my friend, Robin, posing): 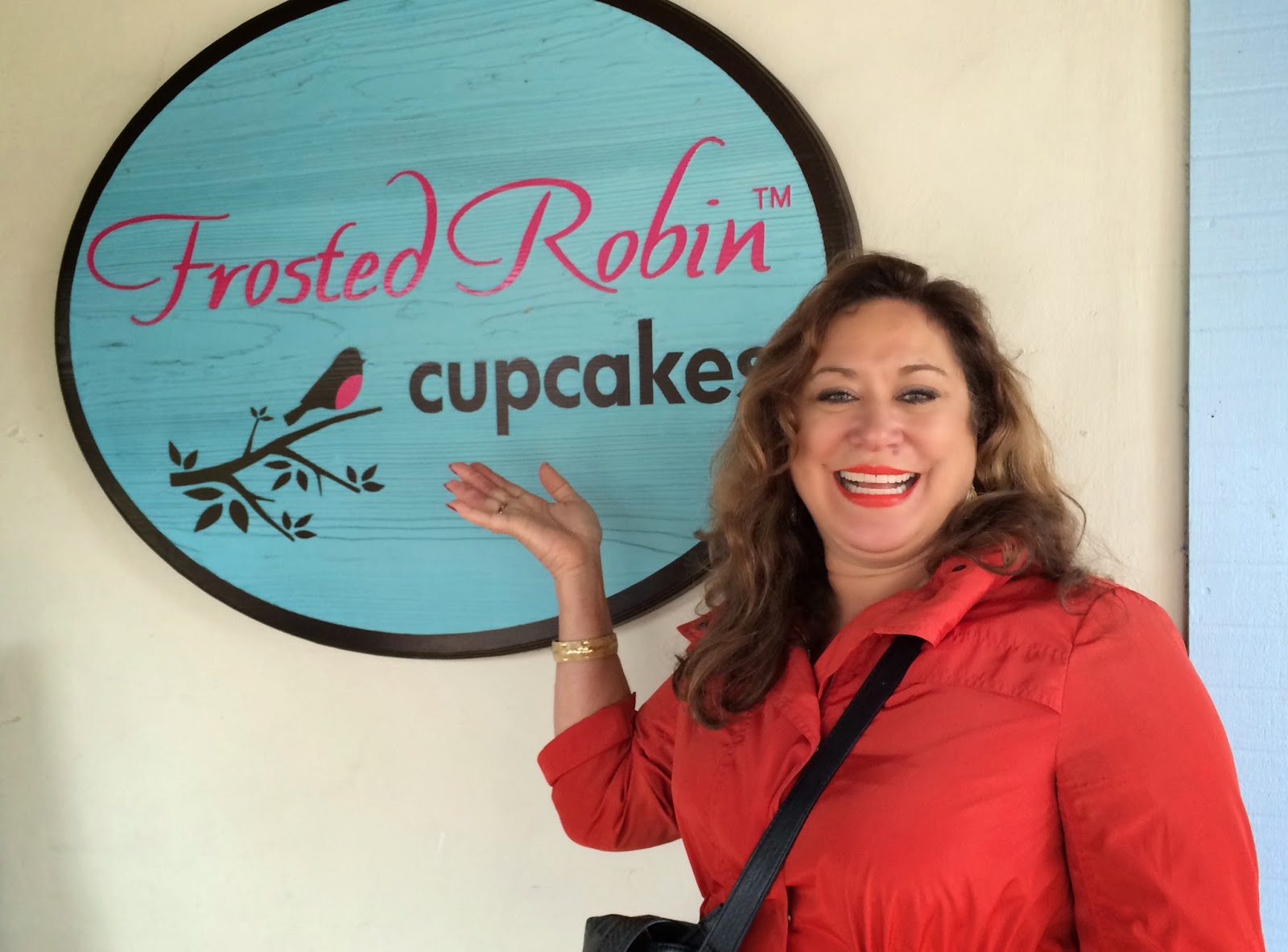 Inside the cupcakery, this beautiful armoire: 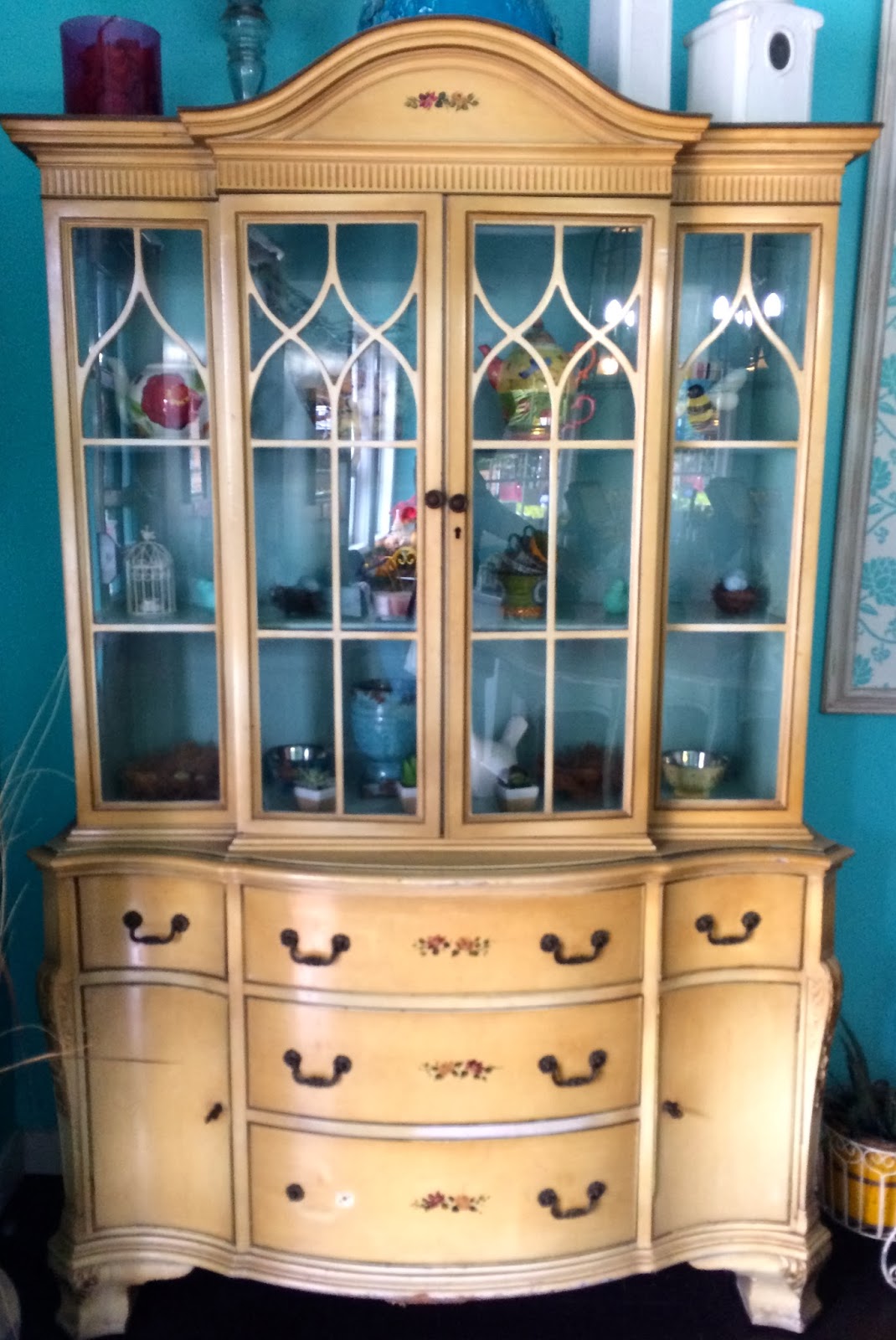 ...and these adorable paper cupcake stands: 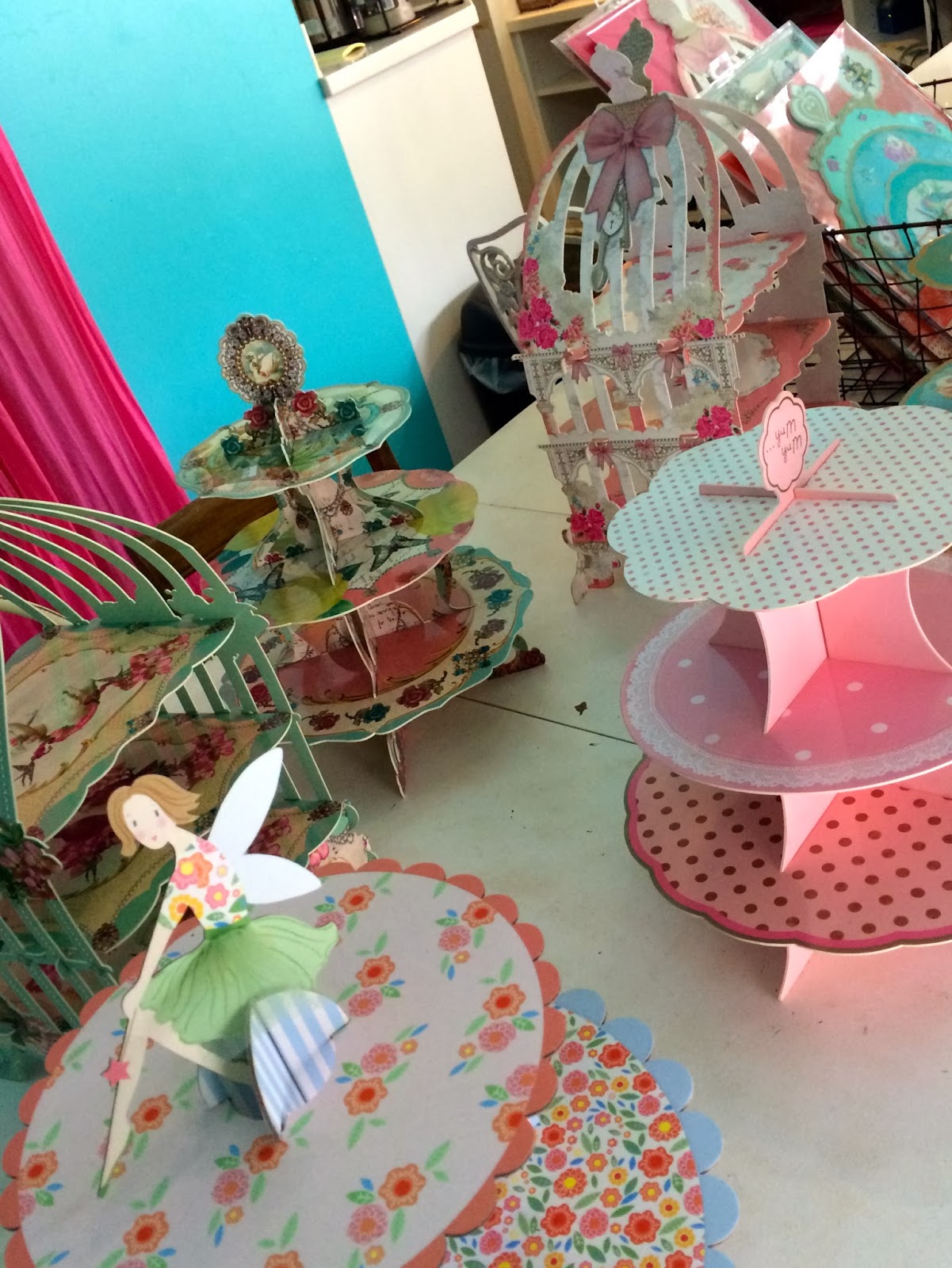 ...and this very happy corner for consuming cupcakes (although I think it's time to ditch the Christmas Poinsettia, people): 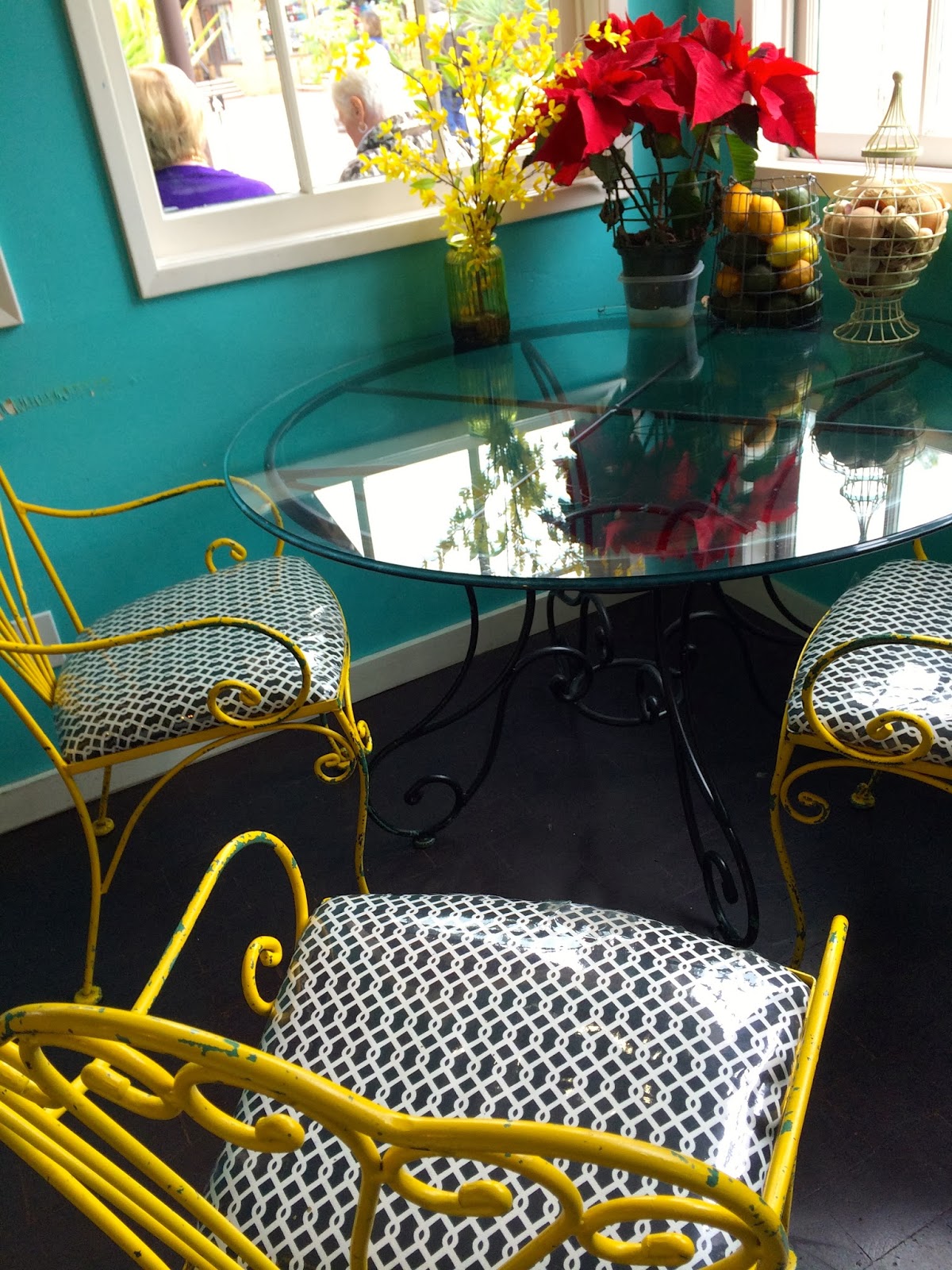 OK, there's not much blue in this photo. But I'm IN the blue!--It's a midnight-blue Bentley--and it's the first time I've ever been in one (we hitched a ride with somebody else at the conference to dinner that night). The Bentley was mind-blowing. Every surface, from the leather to the lacquered wood, felt like silk. And even in the back seat, the ride was like gliding over a lake filled with melted butter: 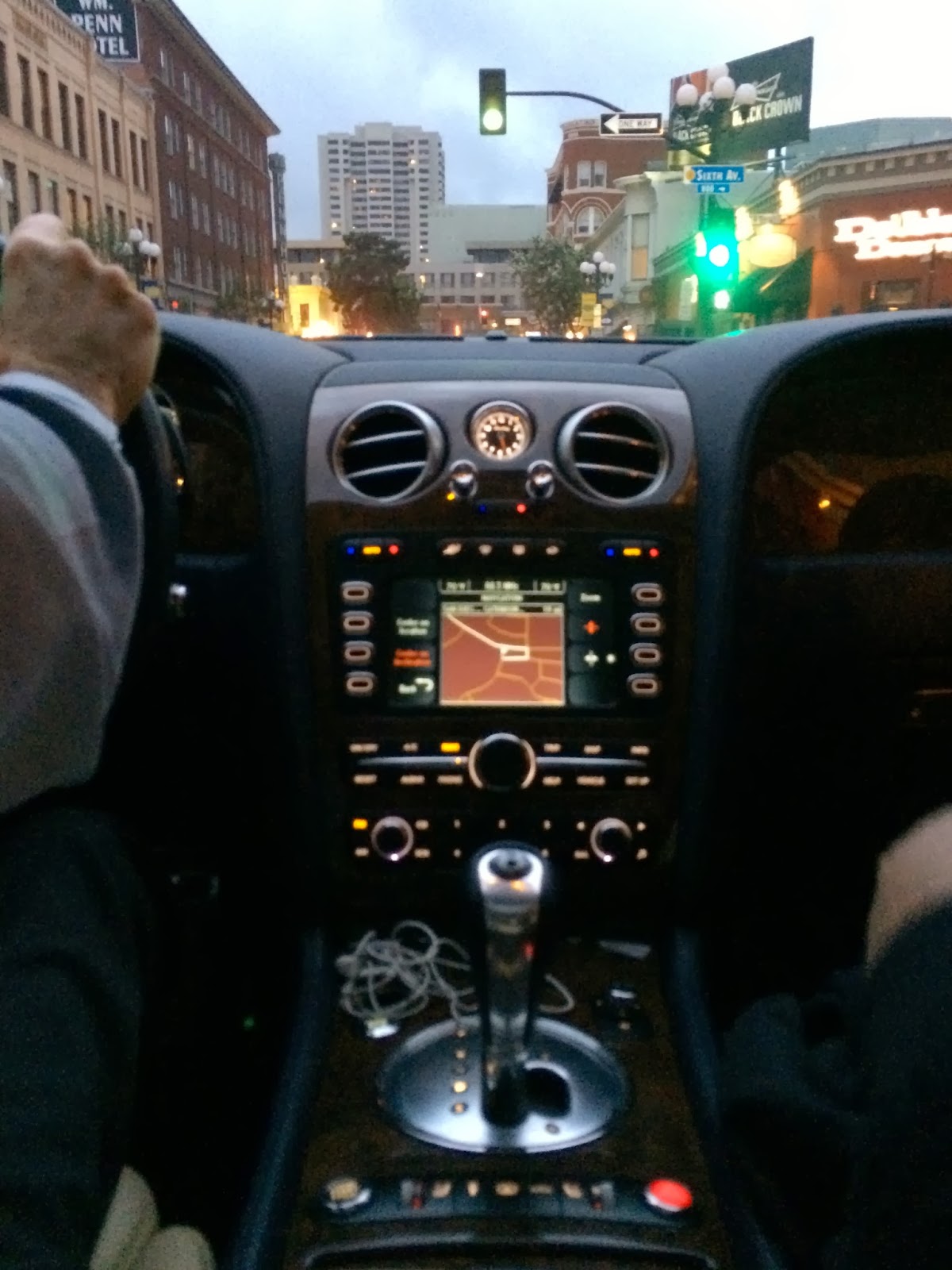 The Bentley took us to dinner at the home of friends, and I fell in love with their teal-blue walls (and white plantation shutters): 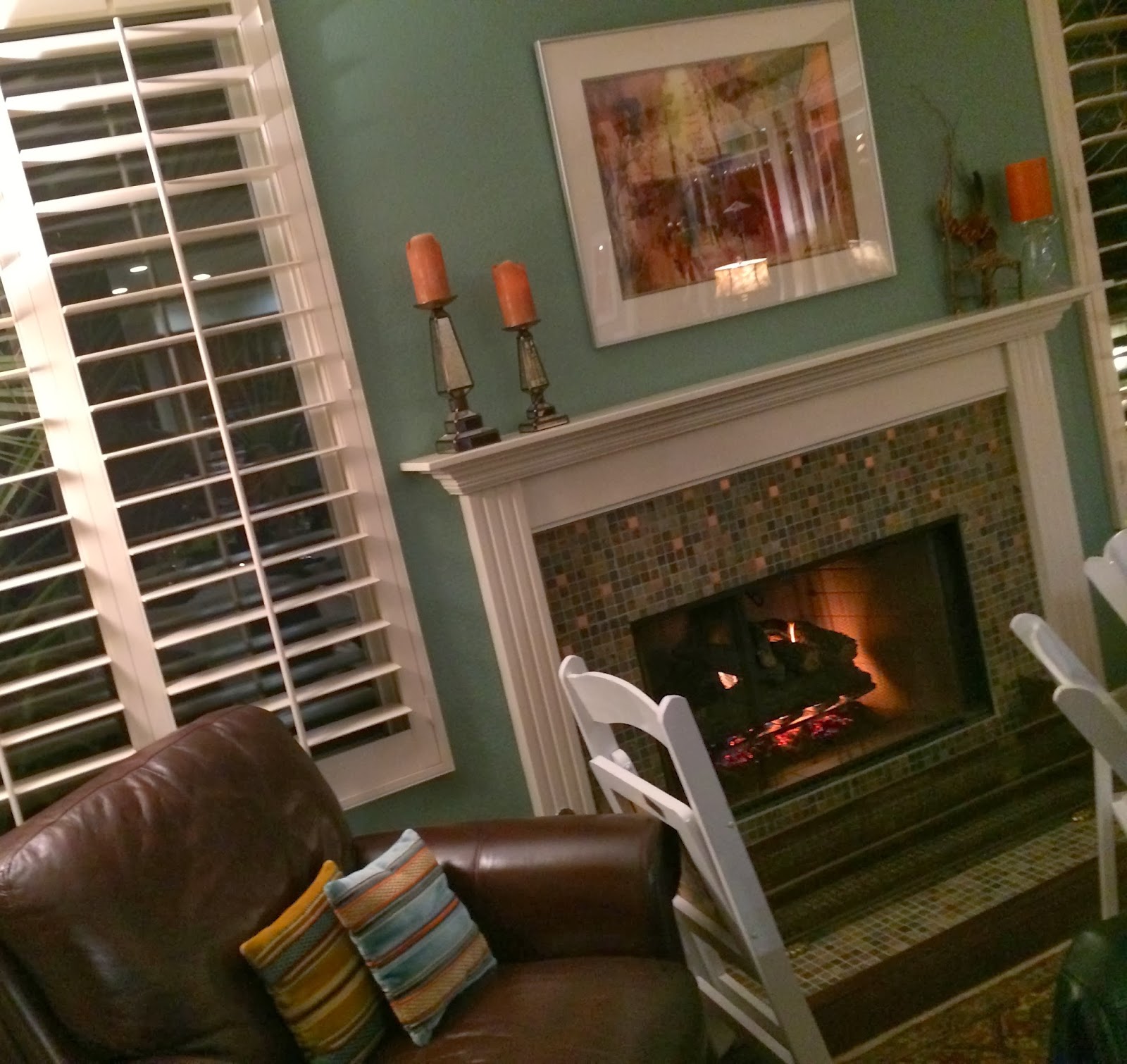 The next day, I walked all over the Gaslamp District and came upon a bunch of young people doing chalk drawings on a plaza: 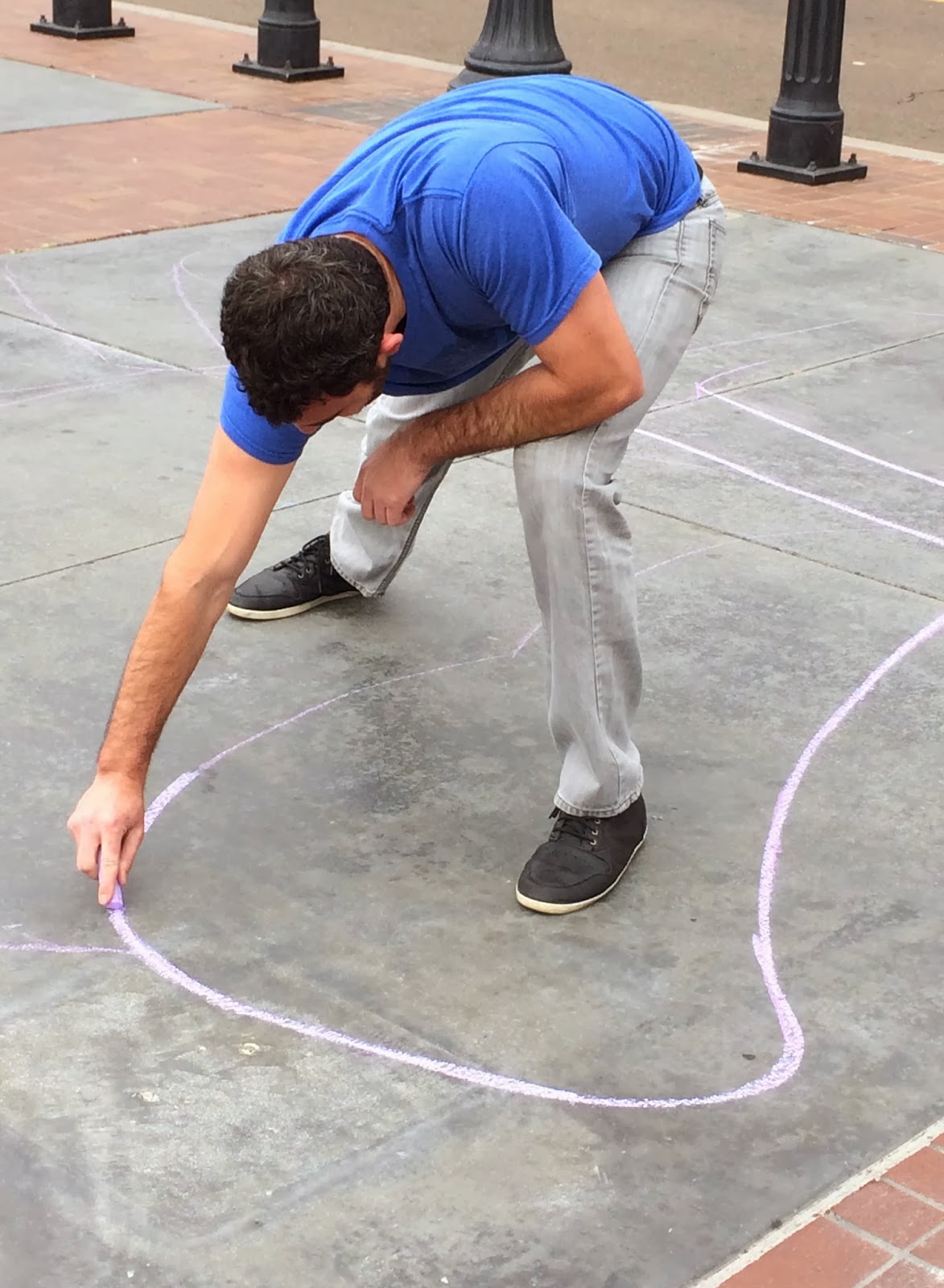 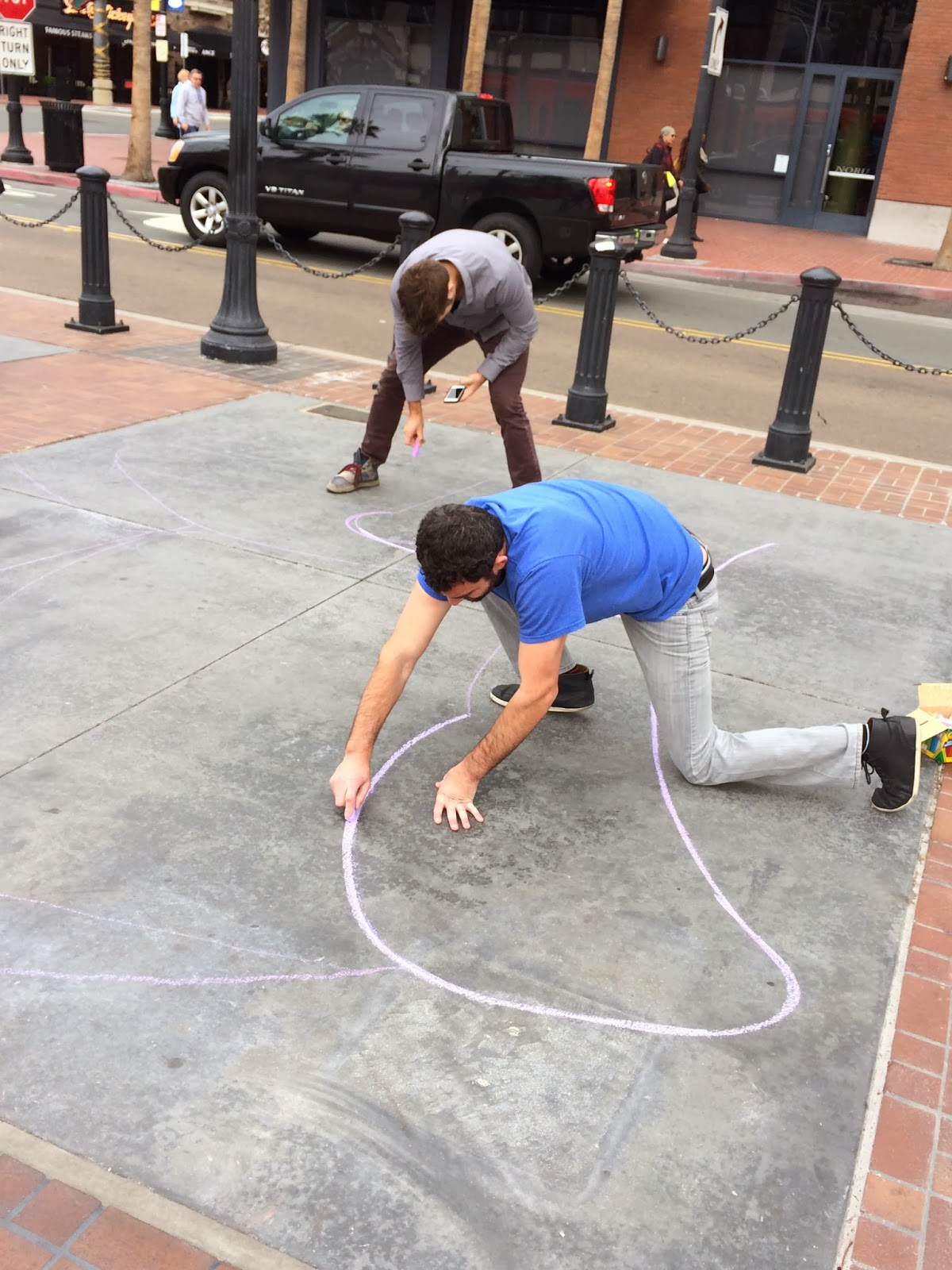 The Gaslamp District has tons of places to drink and eat: 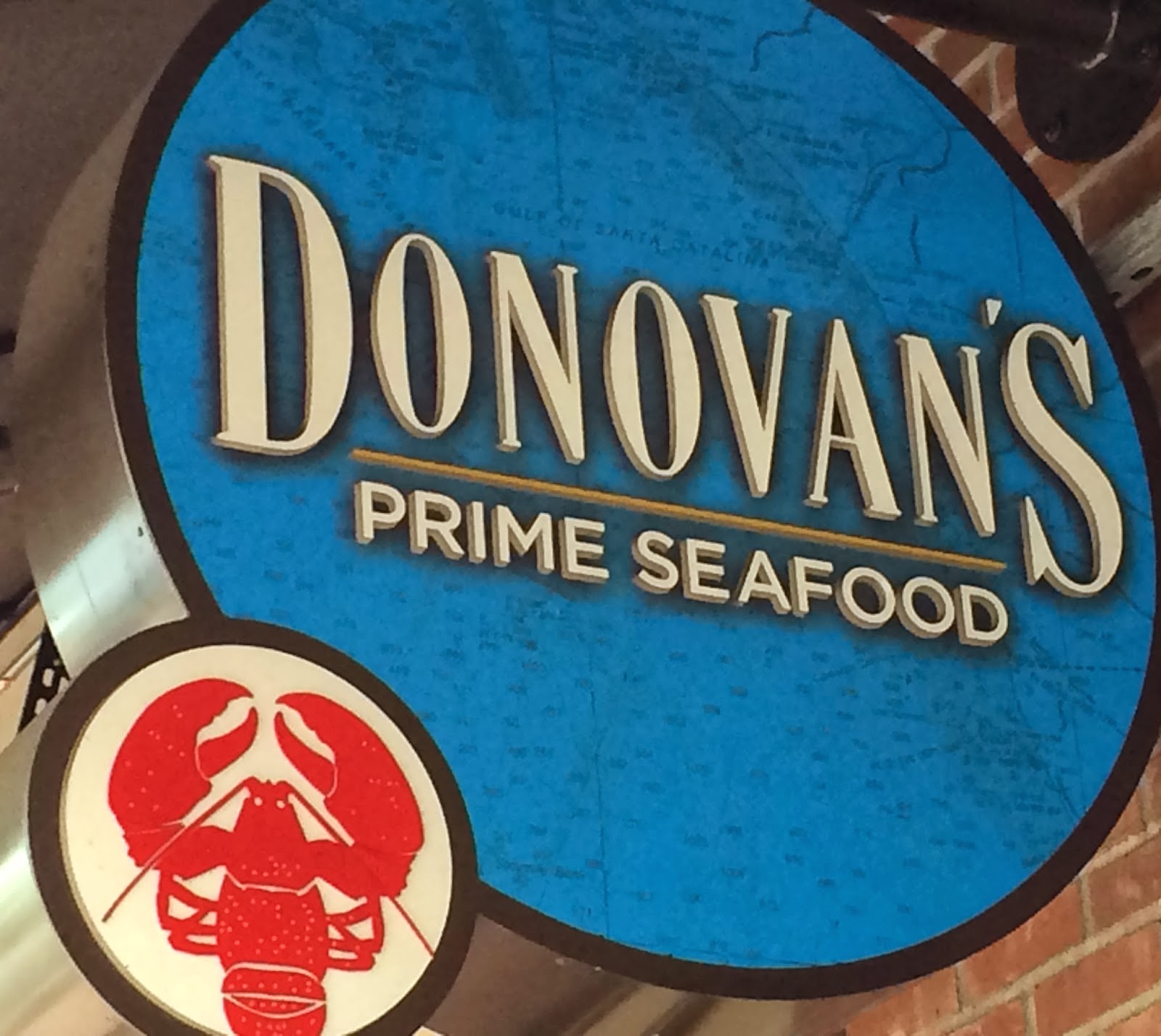 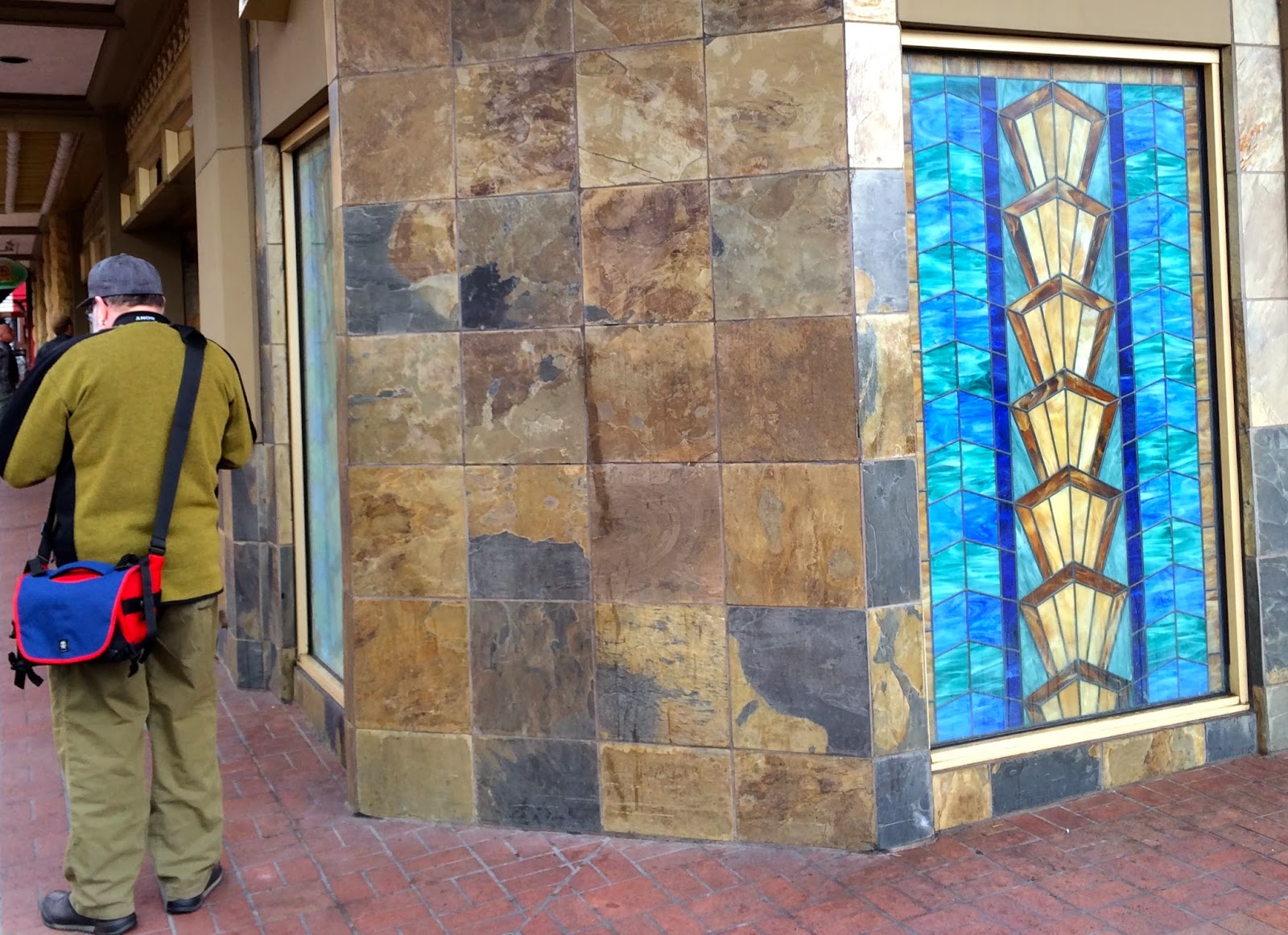 And yet more places to drink and eat: 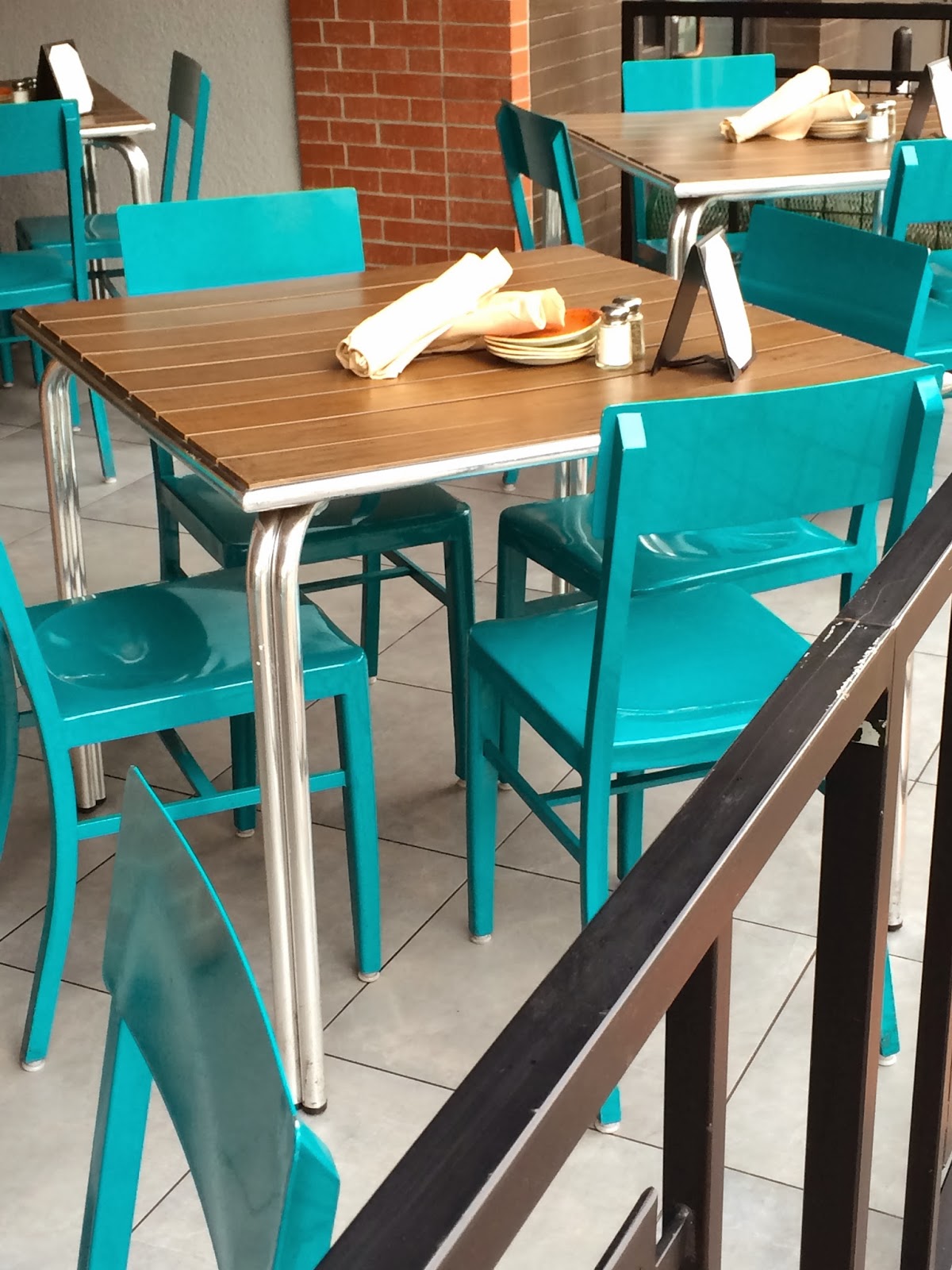 There are historic, well-preserved old places: 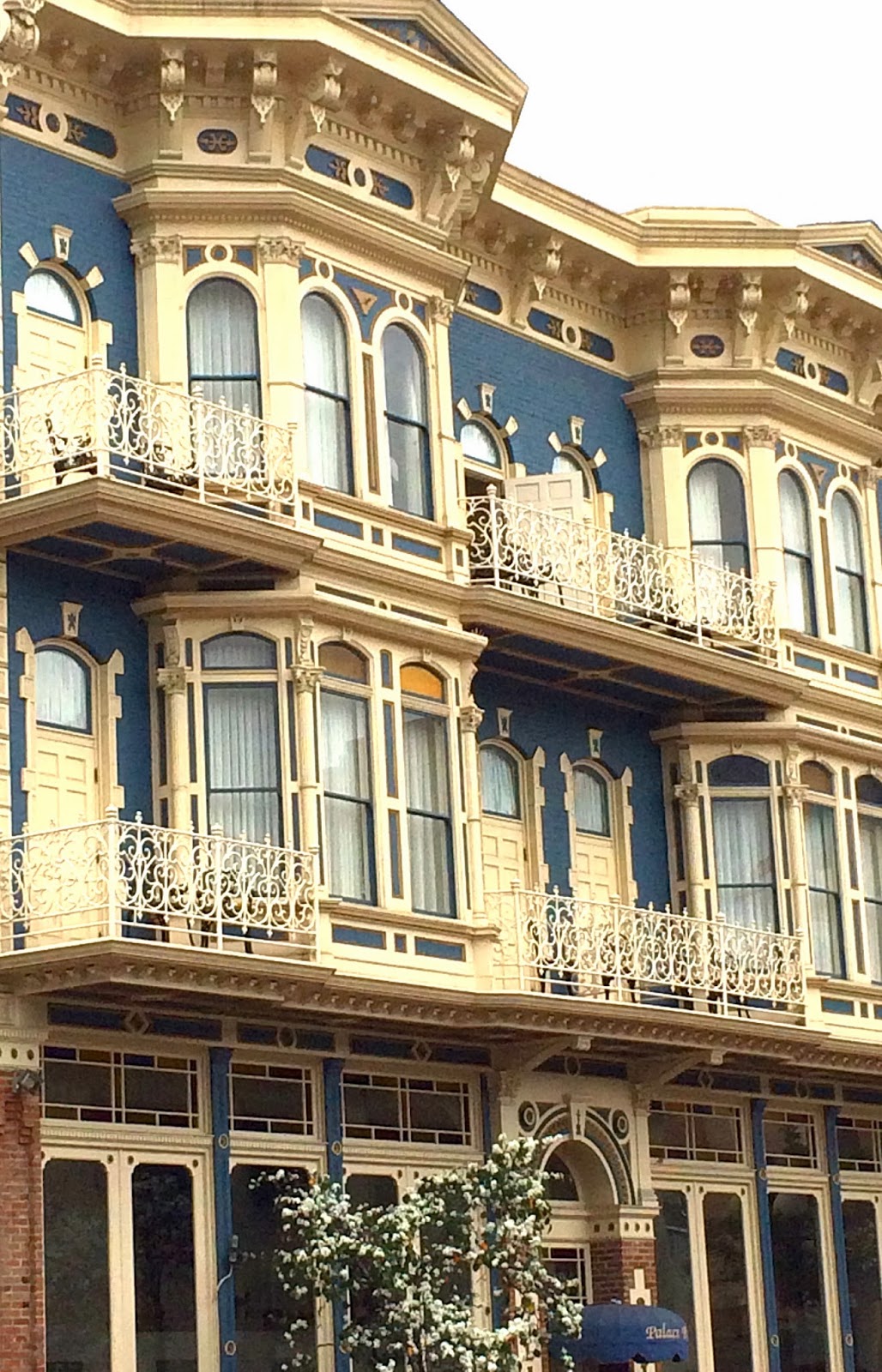 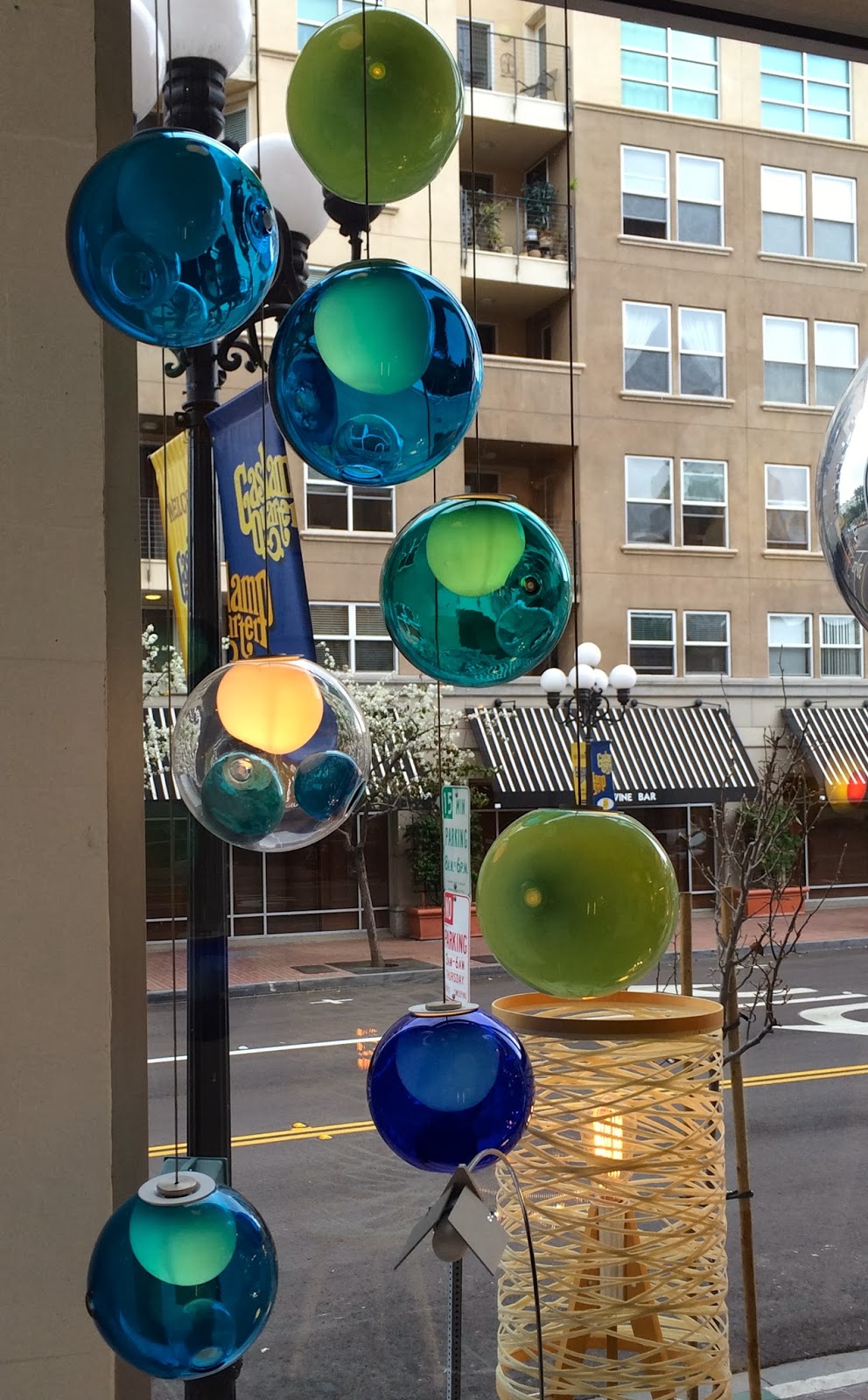 And did I mention places to drink? Yeah: 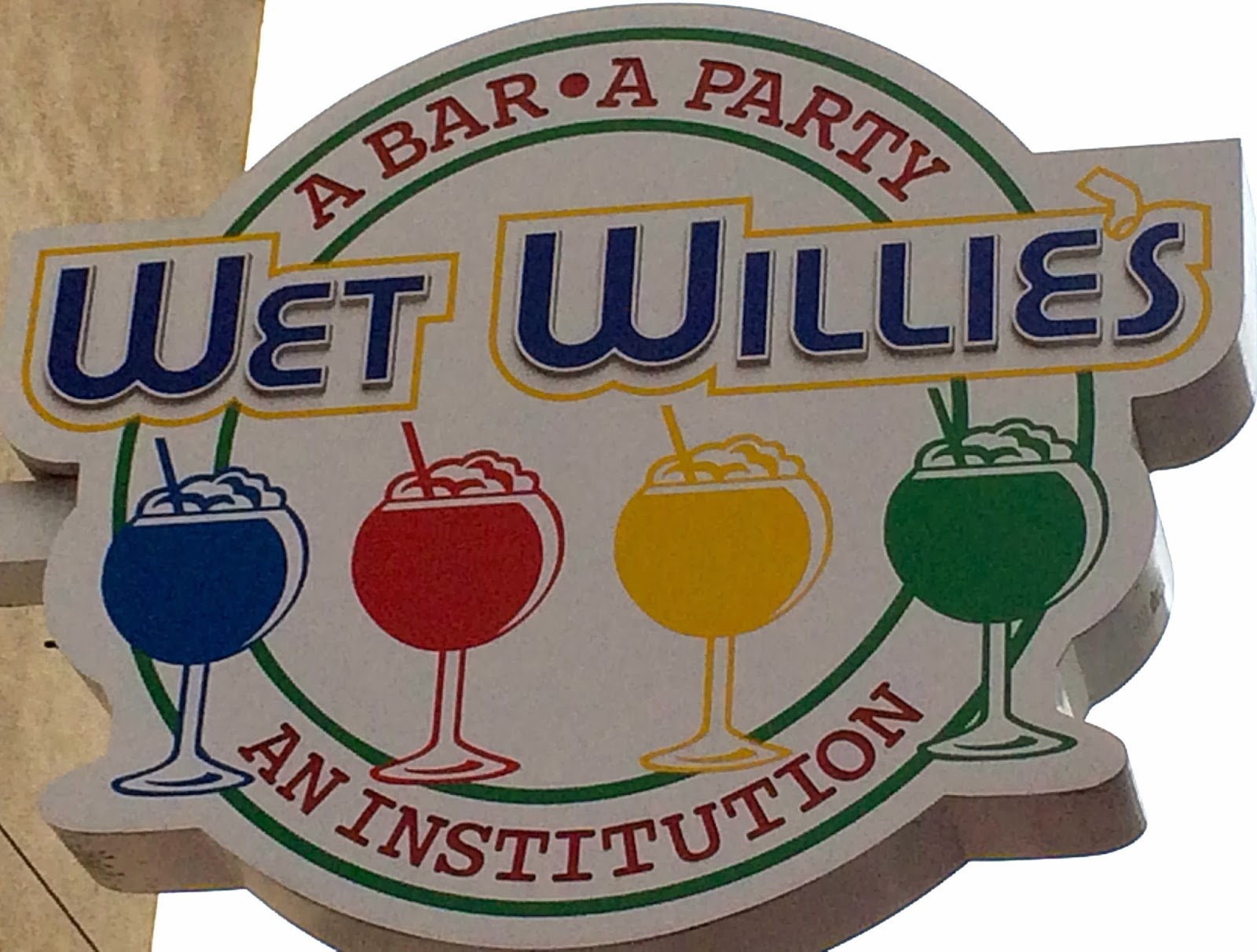 Our last night there, we had dinner on the outside deck of a condo overlooking Petco Park. The baseball stadium was set up to host a tennis tournament, complete with clay court: 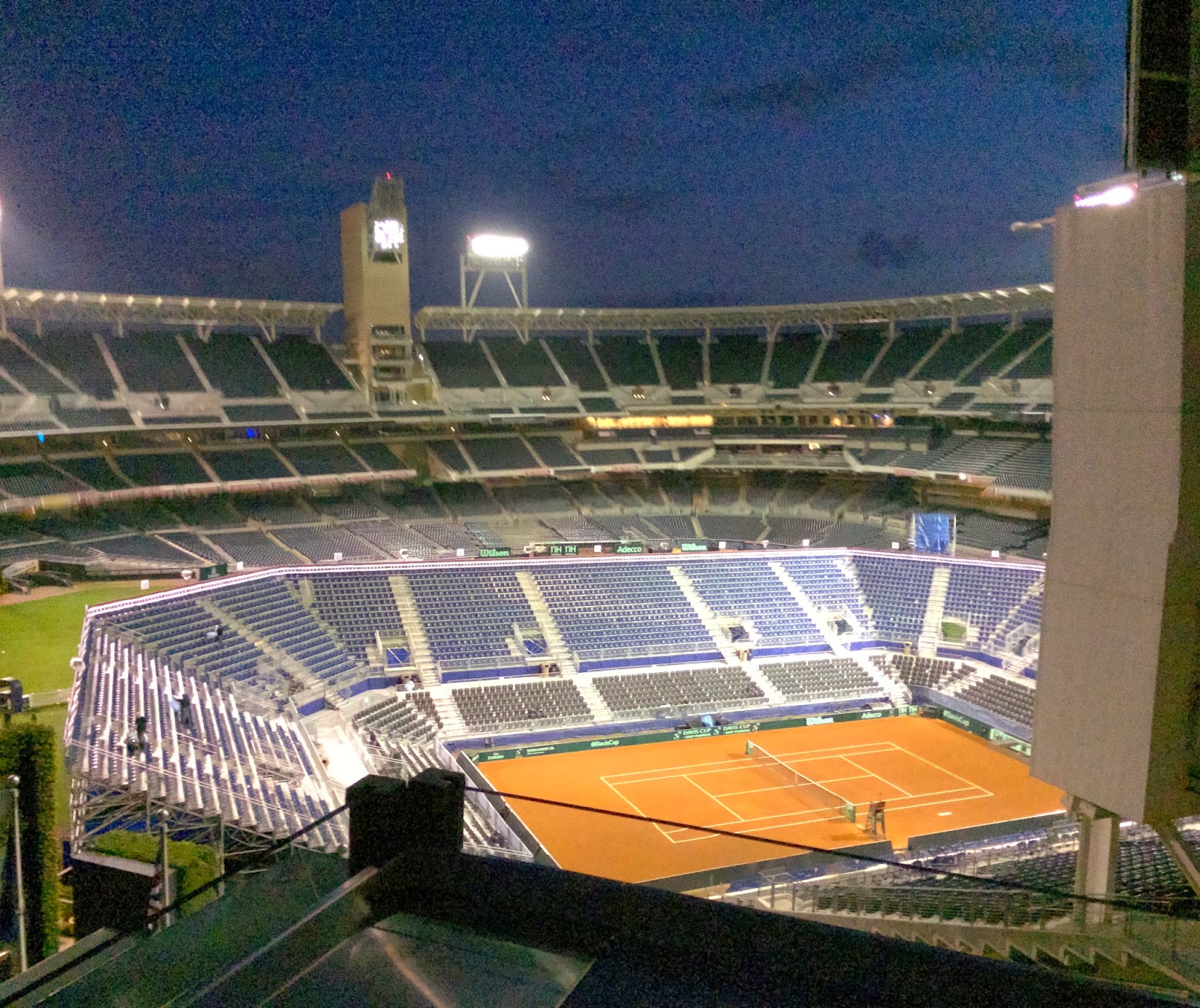 The blues as the sky settled down for the night were simply gorgeous: 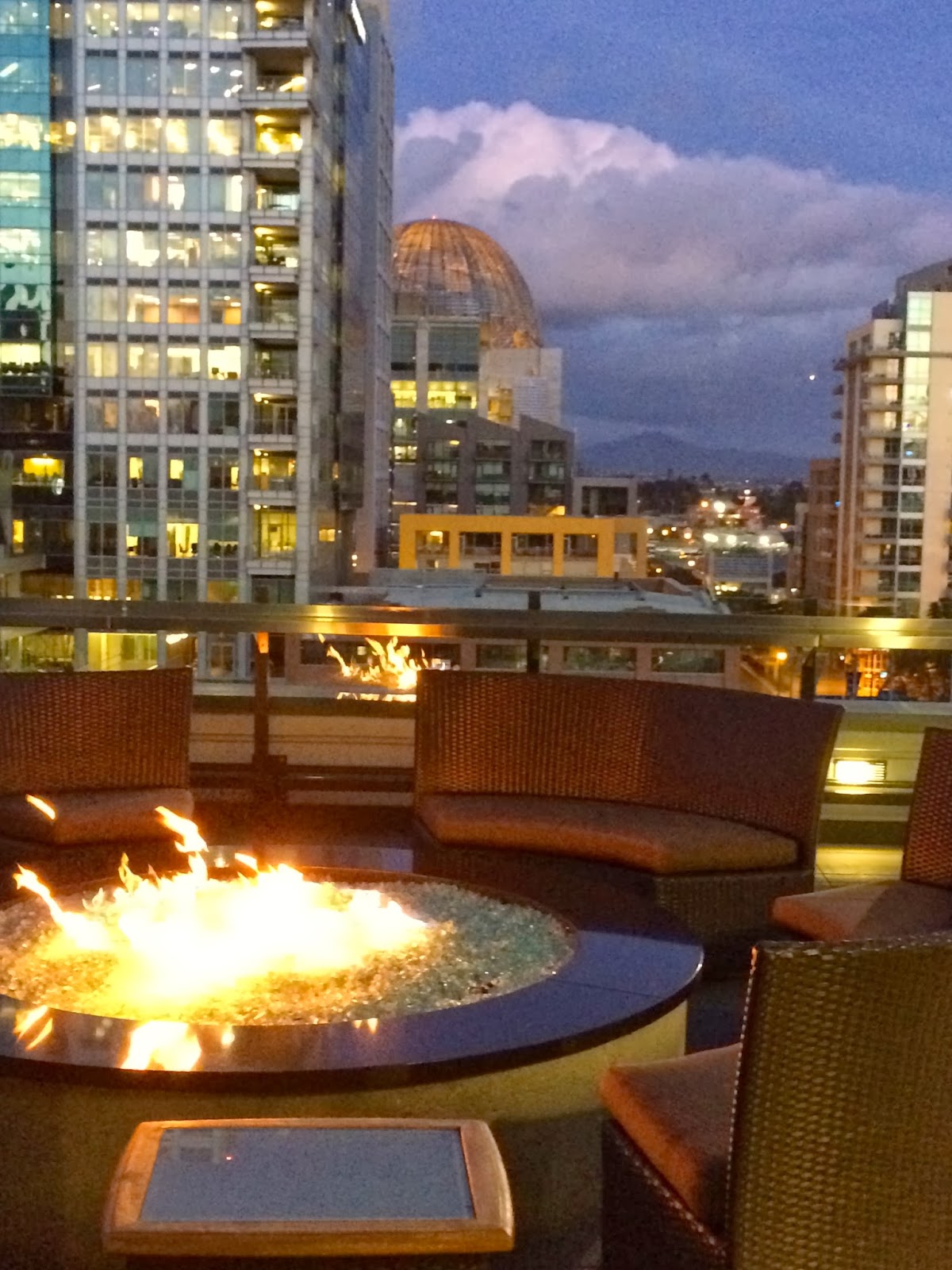 Thank you, San Diego. I had a blue-tiful time!